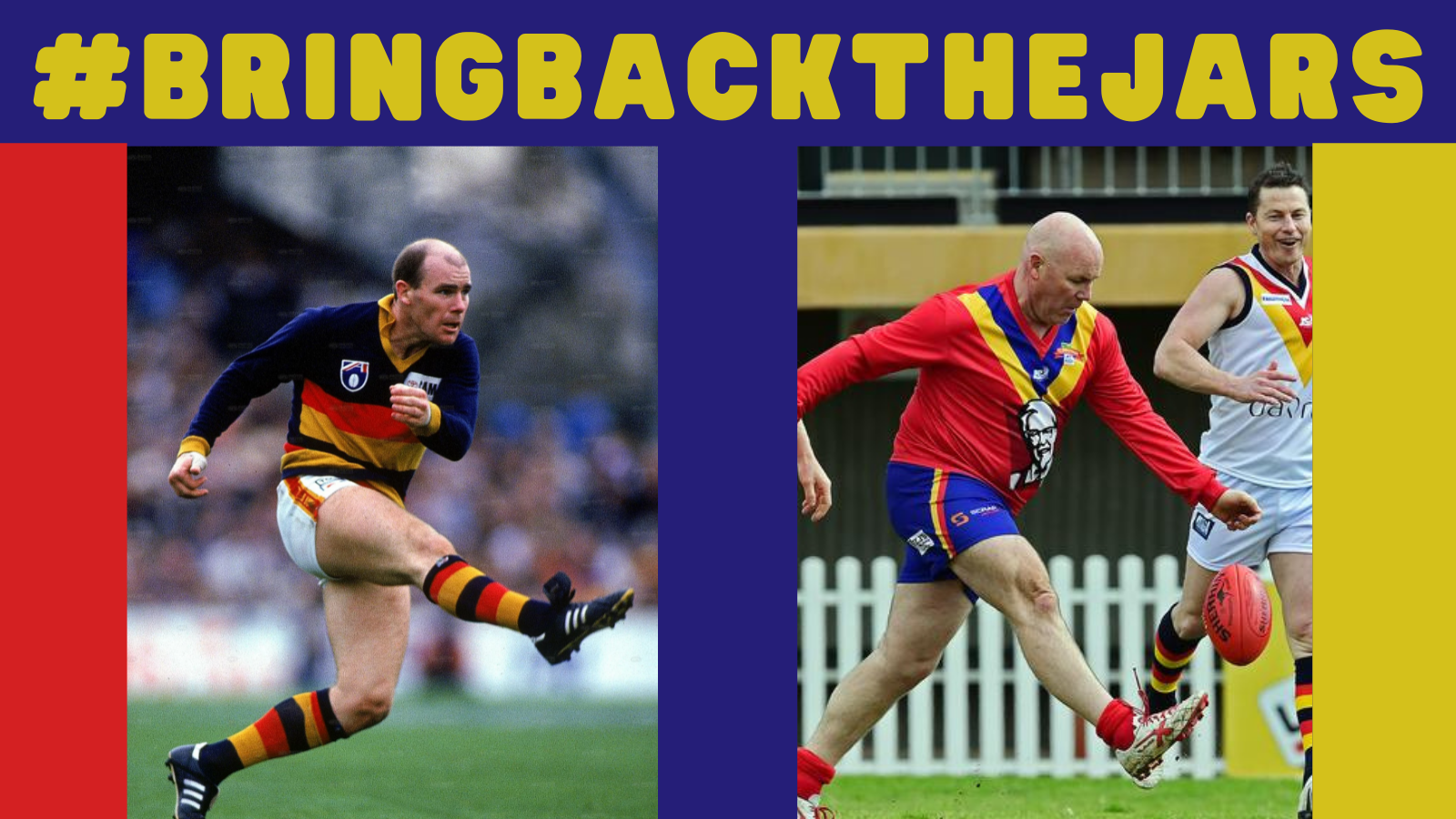 Much alike Port Adelaide Football Club (est. 1997), the Adelaide Crows have launched their own heritage campaign in an attempt to also hold on to some former glory, “Bring Back The Jars”.

After the initial Adelaide Crows Showdown gurensey campaign failed, this new campaign is pushing for the AFL to allow South Australian Football Hall of Famer and former Crow Andrew Jarman back into the playing side during Showdowns, but also whenever they feel like it.

Adelaide Football Club manager of Heritage Campaigns & Knitted Seat Covers, Karen DeKrowes stated ‘This is an important part of our decades long history, and we’re sick and tired of the AFL telling us we can’t get Jars out there on the field with us in the 2021 season’.

“Desperate times call for desperate measures. That’s why we want to Bring Back The Jars.”

When approached for comment, an AFL spokesperson said ‘We never said Andrew Jarman couldn’t play this season. In fact, we encourage it. That’d be fuckin’ hilarious to watch, you ever see him in the Slowdown? We won’t make them forfeit four points, because I guess that would be a given anyway’.

Relaying this news back to Karen DeKrowes, she told the Adelaide Mail ‘Well this is great news then, we’ll put him on Charlie Dixon for the Showdown. At this point we’re willing to give anything a try’.

When asked by Adelaide Mail why the Crows are only campaigning to have Andrew Jarman instead of both Jarman brothers back in the side, DeKrowes replied ‘Yeah look, things aren’t looking great for this season but we’re not exactly that desperate…yet. If we can’t get Andrew Jarman to play, we’ll try for Ian Perrie, then Trent Ormand-Allen, then some of our Junior Members, then maybe Darren Jarman‘.