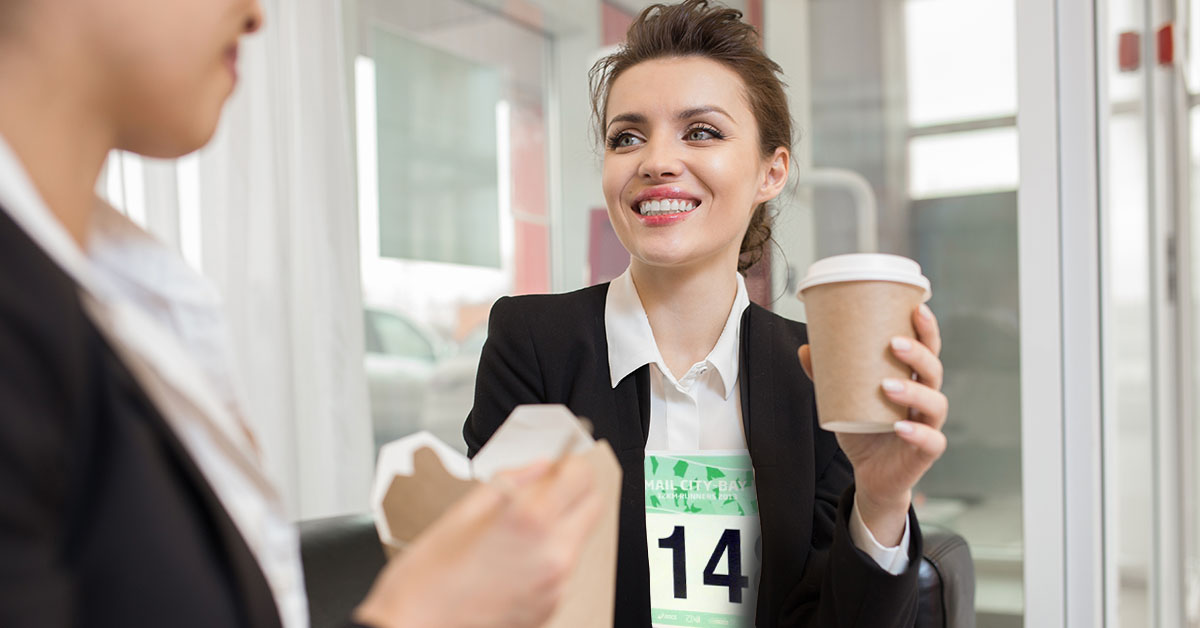 You don’t typically see Sarah from marketing at the office before 9am at best. And to see her away from her desk and in the kitchen before lunch on a Monday is even more noteworthy, given her propensity for starting off the week with a hangover. However, the Monday morning following the annual City to Bay fun run is an exception.

Sarah Margheretti is reported to have arrived at her work’s office building this morning just before 6:30am. With her office situated on level one, she then stood in the building’s foyer next to the lifts waiting for the IT guy who she knew got there around 6:45am each morning to avoid his family’s morning routine.

While Margheretti does not know the IT guy’s name, she was keen on chatting with him about her ‘big run on the weekend’.

When Roy arrived — we are also unsure of his full name — Margheretti launched into a full debrief about the twelve kilometre fun run.

‘I’d usually take the stairs just one floor up, but you know’, Sarah told an uninterested IT guy. ‘Did the twelve kays in the City to Bay yesterday, so I’m feeling it today a bit’.

When Margheretti’s lift companion failed to respond to any of her gentle gloating, security cameras reveal that she pressed the lift’s emergency stop button to offer him further detail.

‘I’ll probably do the McLaren Vale half, that’s twenty one. I reckon I should be able to do it at about six minute kays. Should be nice down there too…you should do it with me!’

Crews are currently responding to Roy’s call to emergency services.