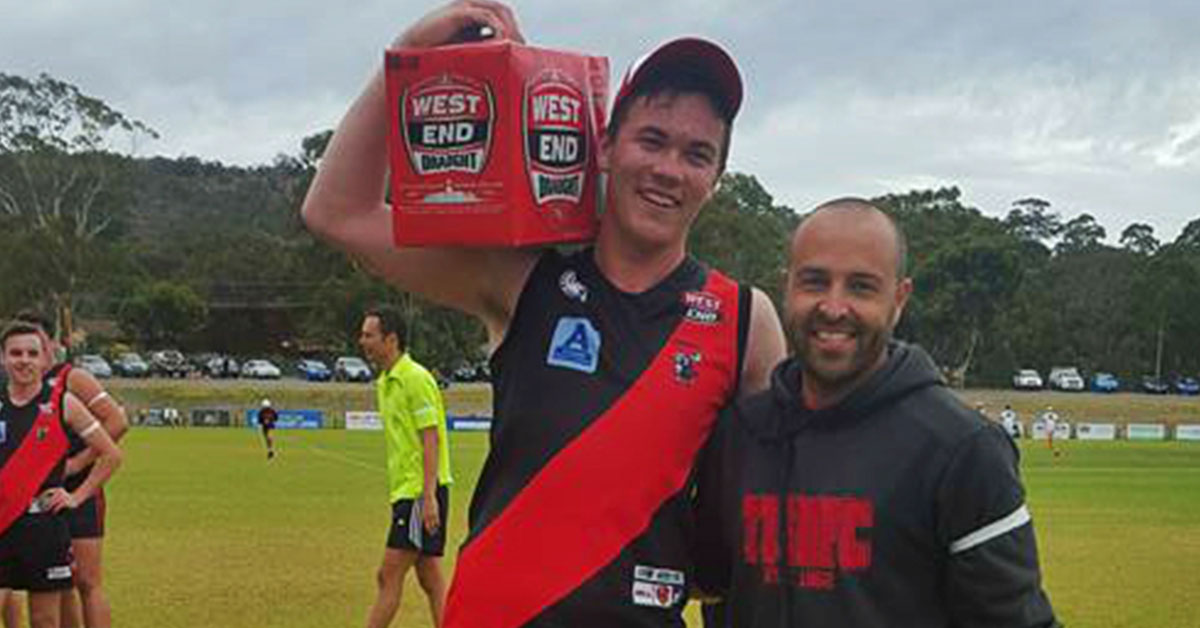 ‘Yeah, we’re going alright on the field, but it’s the off field where the Gullies boys really shine’, says Drinks Runner and Senior Coach Mick McCabe. ‘Just completely unpredictable, never know what’s gonna happen once they get on the beers’.

Half-forward Dylan Broon was playing in a borrowed juniors guernsey and steel-capped work boots after locking his gear in the car before Saturday’s game against Athelstone. ‘Yeah, had a big one last night,’ Dylan commented post game that ‘[I] was still feeling it, but I managed to kick six goals in the first half before going off for a lie down. Now I’m keen to keep kicking on’.

The season is looking up for “The Gullies”, with a full social events calendar planned and slabs of West End on special at the local Sip ‘n Save.