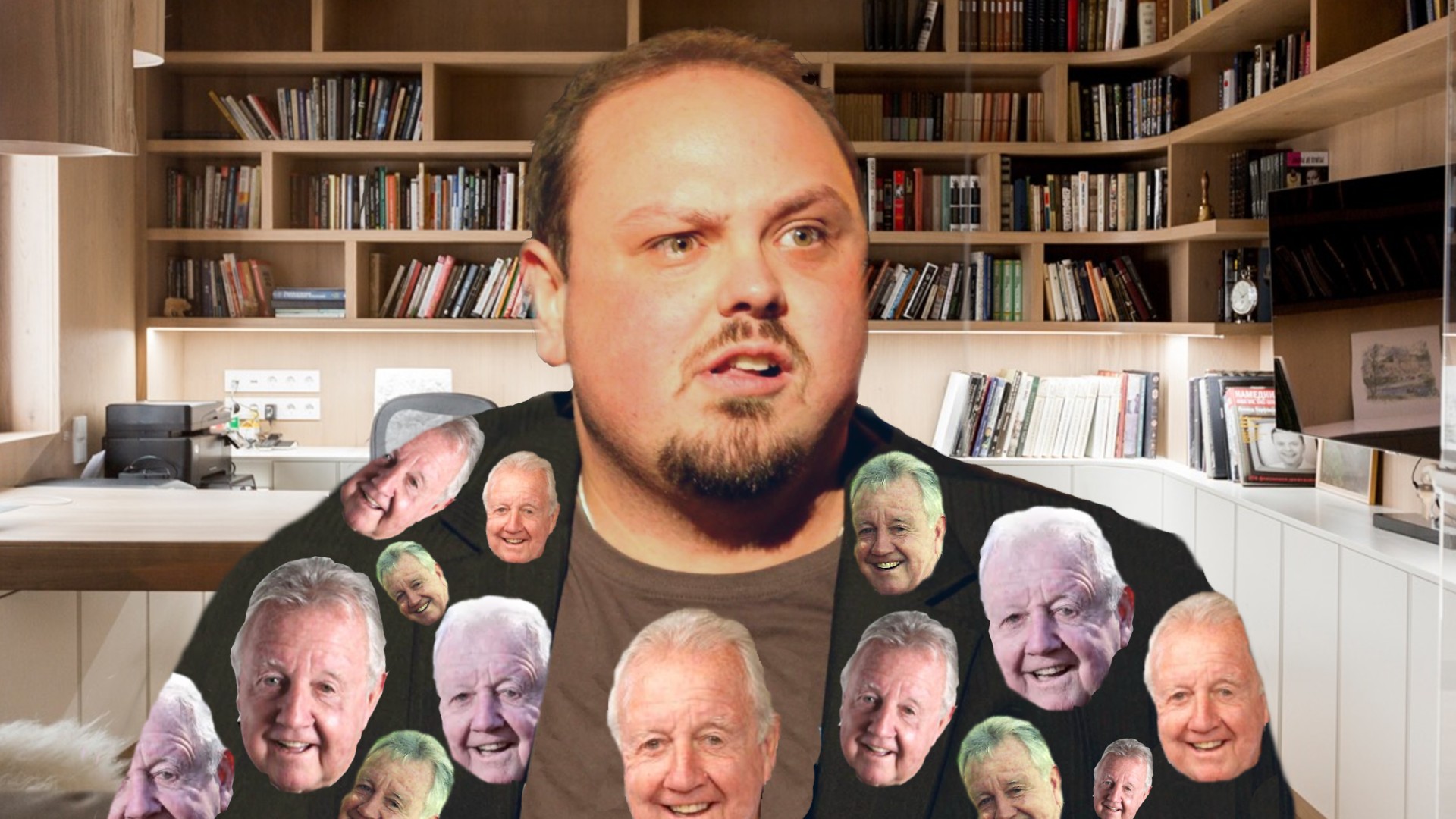 Part time pool cleaner and Valley View resident Al Lapanna has been working from home since COVID-19 hit (not for any particular reason aside from simply deciding he didn’t want to drive around anymore). And like many other South Australians, has put on some KGs while adjusting to the new lifestyle.

‘Working from home as a pool cleaner has been pretty rough’, stated Lapanna ‘not much new work coming in, but the regular customers have stuck by me. Jill from Para Hills for example, every fortnight she excavates her 12 by 4 metre fiberglass inground, drives it down to my place on the roof of her old Barina, I test the water, get the leaves out, clean the filter and off she goes. But loyal customers like Jill are few and far between’.

As a result of this work downturn, Lapanna has put on a few KGs.

‘I’m sitting around, not doing much, eating non-stop. So it’s only natural that I put some KGs on. And by “KGs” I mean South Australian cricket and media icon, Kenneth George Cunningham, of course’, Lapanna gobbled ‘It started out with just one sewn onto my jumper for a bit of fun. But seeing his smiling weathered face each time I looked in the mirror cheered me up a great deal, so I put on another, and another, and so on’.

When asked by Adelaide Mail reporters where he gets all these KG Cunningham transfers, Lapanna replied ‘Paramount Browns. You know, where you’ll find KGs in KGs and pounds?’

In what some have called a clear indicator of mental instability, Lapanna has since meticulously covered every article of clothing he owns with KG Cunningham’s face, often sewing, pressing and screen printing into the early hours of the morning.

The increasingly concerned Adelaide Mail reporters asked Lapanna why he was such a fan of KG, to which he replied ‘Oh, I’m not. I’d actually never heard of the guy until I decided I wanted to waste the Adelaide Mail’s time by writing a story about me’.

And this is why we don’t call for submissions.

Editor’s note: Thanks to comedian Big Al (Lapanna) for the hilarious headline submission. Big Al hosts a podcast called “The Badcast” (which is fine, but clearly not as good as AdeLOL) and you can hire him as an emcee for your event if he’s not too busy cleaning pools.