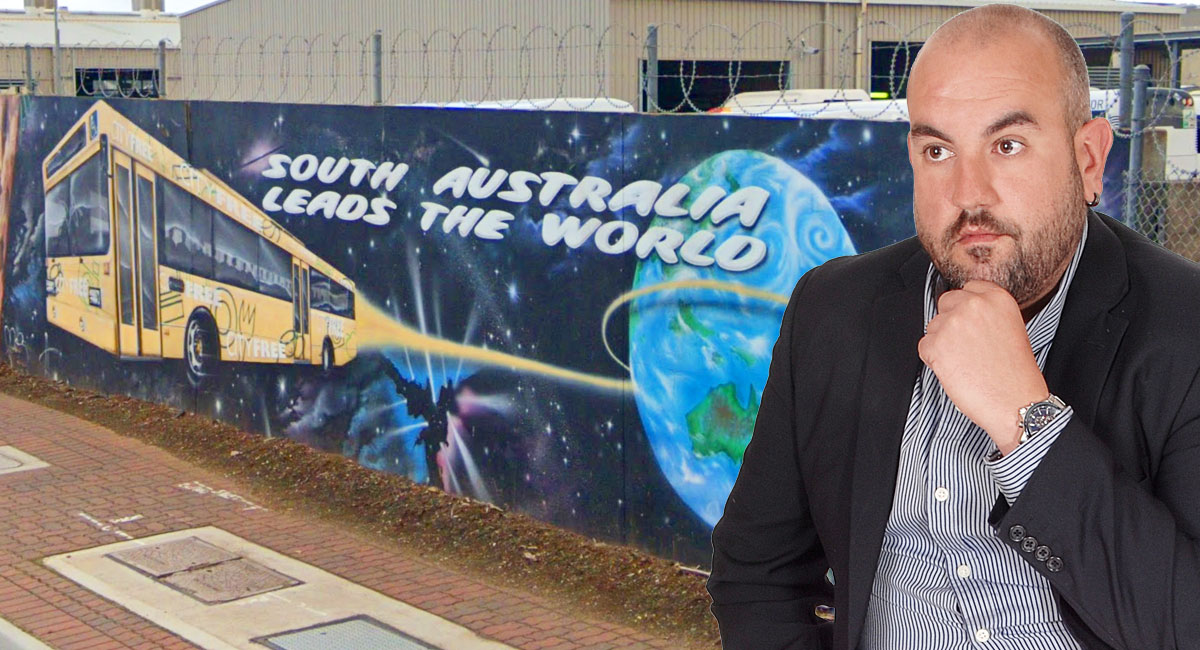 A Mile End South mural emblazoned with the boastful phrase “South Australia leads the world” has been punished for displaying elements of false, misleading and confusing advertising.

The mural, featuring a depiction of a free city bus leaving South Australia by air, completing one-and-a-half orbits of earth and then completely leaving our atmosphere has been described by some as ‘befuddling’ and ‘upsetting’.

Just what, exactly, this example shows Adelaide to be leading the world in has not been confirmed, nor has the bus driver’s motive for pulling such a dangerous inter-planetary manoeuvre.

‘We’re not sure whether the artist is saying that Adelaide leads the world in public transport, which would obviously be a very peculiar boast, given the reality of the situation’, says Public Transport-Themed Mural Critic Toddley Clapson.

‘We don’t know whether we’re meant to believe that the pictured bus was some sort of modified rocket bus that had been equipped for space travel. That’s also hard to fathom given that Adelaide Metro can barely contend with the rudimentary principles of a timetable, let alone the complex task of launching a full-sized MAN NL202 bus into space’.

Either way, the mural has attracted its share of criticism, though not for unrealistically depicting an Adelaide bus’s ability to stray from its route. Rather for misrepresenting the things that South Australia does in fact lead the world in: quirky TV weather presenters, local business jingles and vacant lots that were formerly occupied by furniture stores.

As for the meaning behind the painting, Clapson has one final theory: ‘The artist could have simply been speaking about a South Australian bus driver’s innate desire to “break free”’.