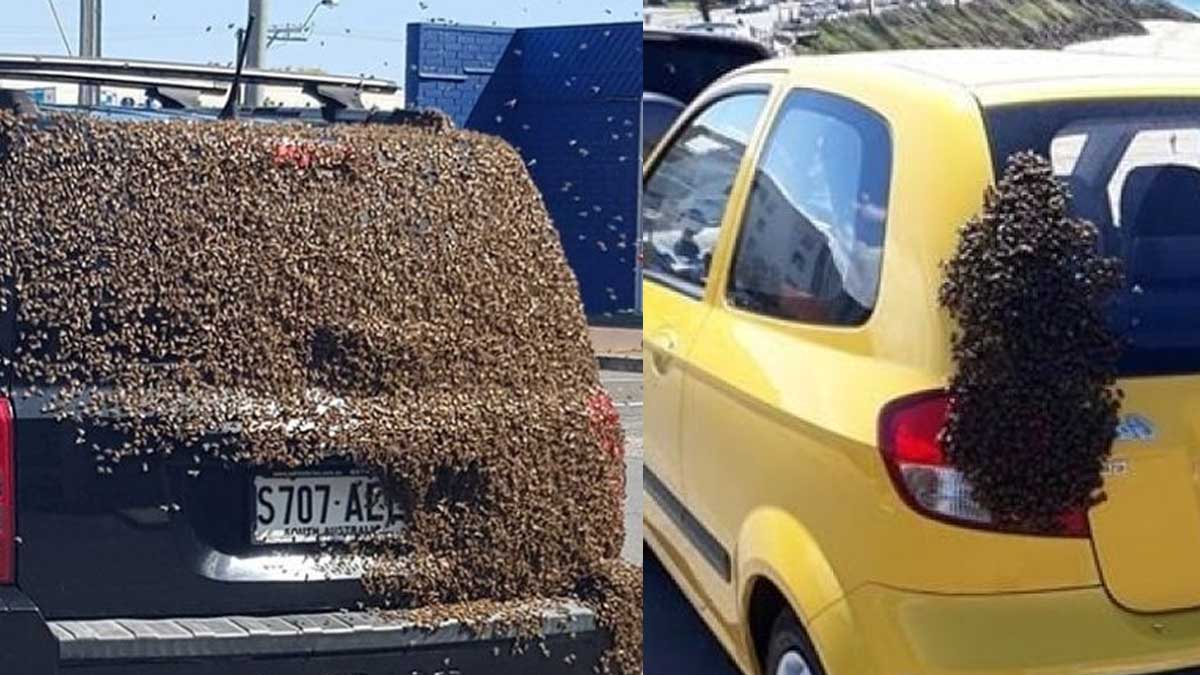 In a growing trend to worry drivers and parents across Adelaide, South Australian motorists are surrendering their cars to swarms of bees in what we assume is some kind of paganistic ritualistic sacrifice.

The bee-cars have so far been spotted at Christies Beach and Marion Shopping Centre, with unconfirmed reports coming from as far north as Virginia. Although that could have been other insects undertaking copycat operations, like a big bunch of stupid ants.

‘They’re really nothing to be afraid of’, says Professional Bee Man Simon Pollyncroft, who we assume is somebody who works with bees and not some kind of half-man half-bee creature. ‘In fact, they’ve proven to be quite polite motorists once they forcibly take over people’s cars’.

‘They always indicate well before and out of roundabouts, they let other motorists merge into their lanes and we’ve only had a few dozen cases of the swarms of bees stinging other motorists en masse. You can’t say that about most Adelaide drivers’.

However, Simon has some reassuring words for anybody worried about the growing trend in bee-controlled cars, telling Adelaide Mail: ‘we’ve probably only got another ten years of bees on this earth anyway. I think learning to drive was just on their bucket list before mass extinction.