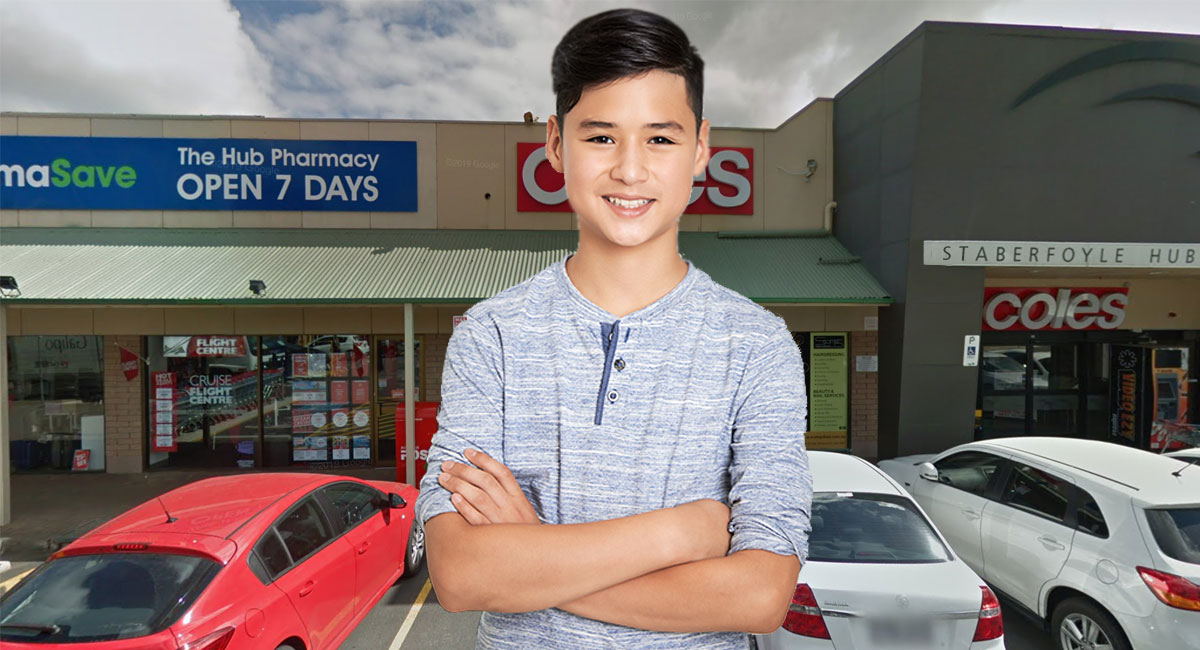 While he might be a future writer for Charlie Pickering’s The Weekly, Jack Sauerbier will not be winning any awards for creativity after unveiling the moniker he’d given his home suburb of Aberfoyle Park.*

Jack and his friends were trying to work out whose house they should all meet at so that they can do whatever it is that teenagers do (we have no idea what a 14-year-old would do in 2020, but if they’re anything like Adelaide Mail’s reporters, we’re sure that they’re sitting in their rooms, listening to NOFX, stinking of Lynx Africa and micro-dosing on UDLs).

‘Why don’t you just come to Staberfoyle?’ Jack suggested, casually in the group text hoping that somebody would bite.

Instead, the others in the chain simply replied by writing ‘yours sounds good’ and ‘alright, Aberfoyle, it is.’

Assuming the others must have missed the joke, Jack decided to double down and labour the point that he had not committed an embarrassing typo, but had instead just displayed a sliver of his wit by conflating Aberfoyle Park’s name with its chequered history of knife crime.

The pun, however, was received with little else other than one person writing: ‘yeah we know your address Jack.’

Exasperated, Jack approached Adelaide Mail’s writers for assistance on delivering witty puns and one-liners. However, all we could tell him was to “post more O-Bahn content” and “do more about Caleb Bond”.

We did suggest to Jack that Hackham was probably a better suburb to target for its crime rate, and even gave him the pun “Hack’em” for absolutely no charge. Although he decided that the pun really only worked on paper and to make it work he would need to convince his parents to move house to Hackham and all he really wanted to do was update his top friends on Myspace (Again, we assume. We’re basing this on our experience as teenagers).

*Which would see him fit in nicely on The Weekly, really.