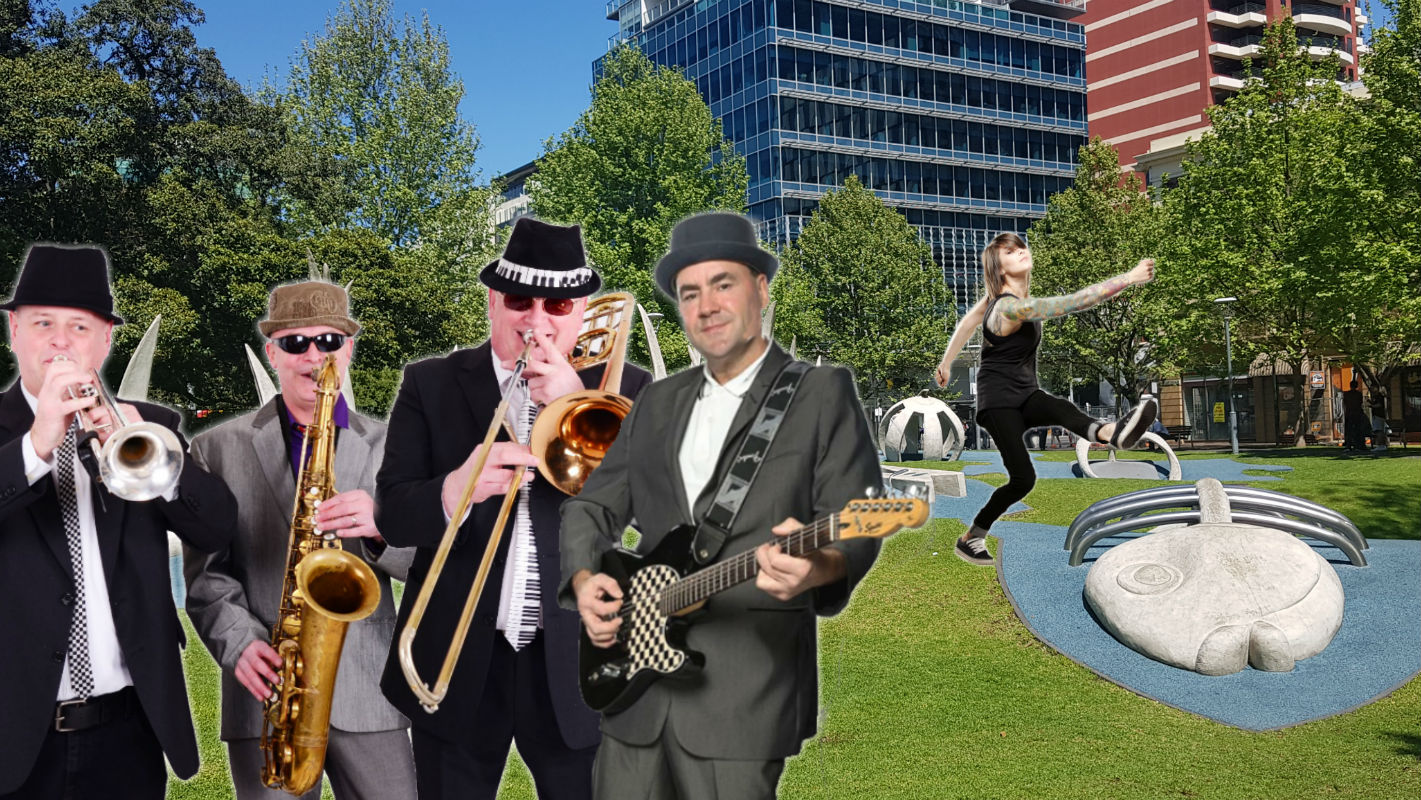 The north-western pocket of Hindmarsh square has always been a strange place. Along with being home to what was awarded World’s Most Depressing Kid’s Playground 2008, it was also a popular meeting place for teenage emo kids in the early 2000’s.

Since gaining this somewhat deserved dark and dreary reputation, the colloquial name “Emo Park” has continued to stick, even long after the emo scene subculture and My Chemical Romance disbanded.

However, aligning with Adelaide City Council’s ‘re-activate, re-invigorate, and re-stigmatise’ action plan for the many depressing city parklands, a bold attempt to rebrand the park as “Ska Park” is currently in process.

Initially, community focus groups were all in favour for the change, as they thought the council said “car park”. However, once concept plans were revealed, residents were somewhat disappointed and generally confused.

Head of Adelaide Council parkland genre-reclassification Rudie Bois stated ‘Emo is dull, we wanted something everyone can enjoy, something upbeat, something, dare I say…Special. That’s why we’ve decided to make it “Ska Park”’.

The initial plans for Ska Park include painting all benches in a black and white checkerboard pattern, walkways to include a Skanking lane on the left, and employing the dozen or so local teenagers who still listen to ska to hang out at the park on a casual shift basis. It’s also rumored that local ska band “Daughter of Mum” are set to reform and play at the grand re-opening.

Some locals have deemed these plans as “Madness”, but Bois from Council remains hopeful ‘sure, some people will clash over the proposed changes, but once residents see it, I have No Doubt that Ska Park will become extremely popular for a very brief period’ stated Rudie.

‘This will be a whole new “wave” for the park, we’ll be installing new streetlights, our horticultural team will undertake an operation to plant new ivy, it will truly be a sublime place. Aside from that most of the park will stay the same, and obviously we’ll be keeping the Fishbone monument. I mean, it wouldn’t be a Ska Park without a real big fish’.

Adelaide Mail sent a message to Rudie late yesterday evening regarding an update on the project, to which he replied “Final proposal plans for Ska Park have just been submitted to my manager Tony. He’s a mighty boss, Tones. So knock on wood he will pick it up”.