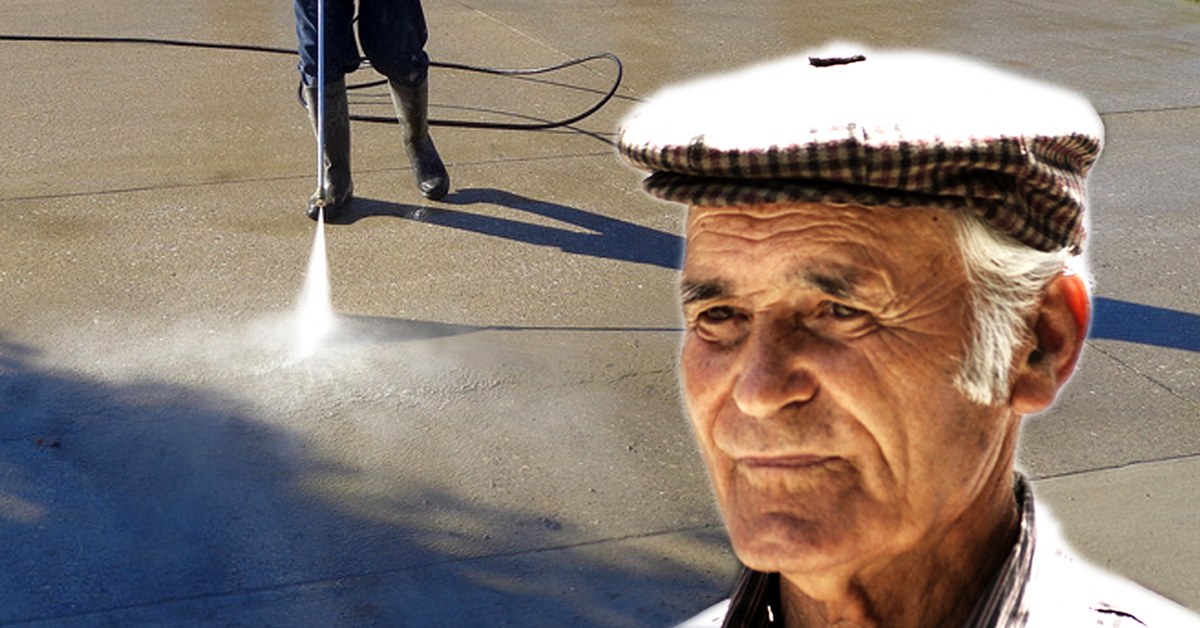 A Campbelltown man has installed a state-of-the-art, new sprinkler system to continue a strict routine of concrete watering over his upcoming holiday.

Flavio Gionnani grew worried about the wellbeing of his beloved concrete yard ahead of his trip, but his concerns were allayed when a friend gave him the idea to install irrigation in his otherwise desolate yard.

‘You don’t go away for two weeks and leave the concrete to fend for itself’ says Patrizio Berlusconi, Gionnani’s friend and the brains behind the idea. ‘I said to Flavio, you leave it to me, I’ll come up with a plan’.

After twelve weeks and $15,000 in irrigation equipment, Berlusconi presented his friend with the schematics for his new watering system.

‘It comes on at five a.m. every morning for forty minutes, then drip feeds for the next hour, before a good soaking around seven’, continues Berlusconi, ‘we got the department of water to give us a special license, they think we’re raising the cattle’.

‘You look around and see all these people just leaving their concrete to die out in the sun, it makes me sick, these people. Such a waste’.