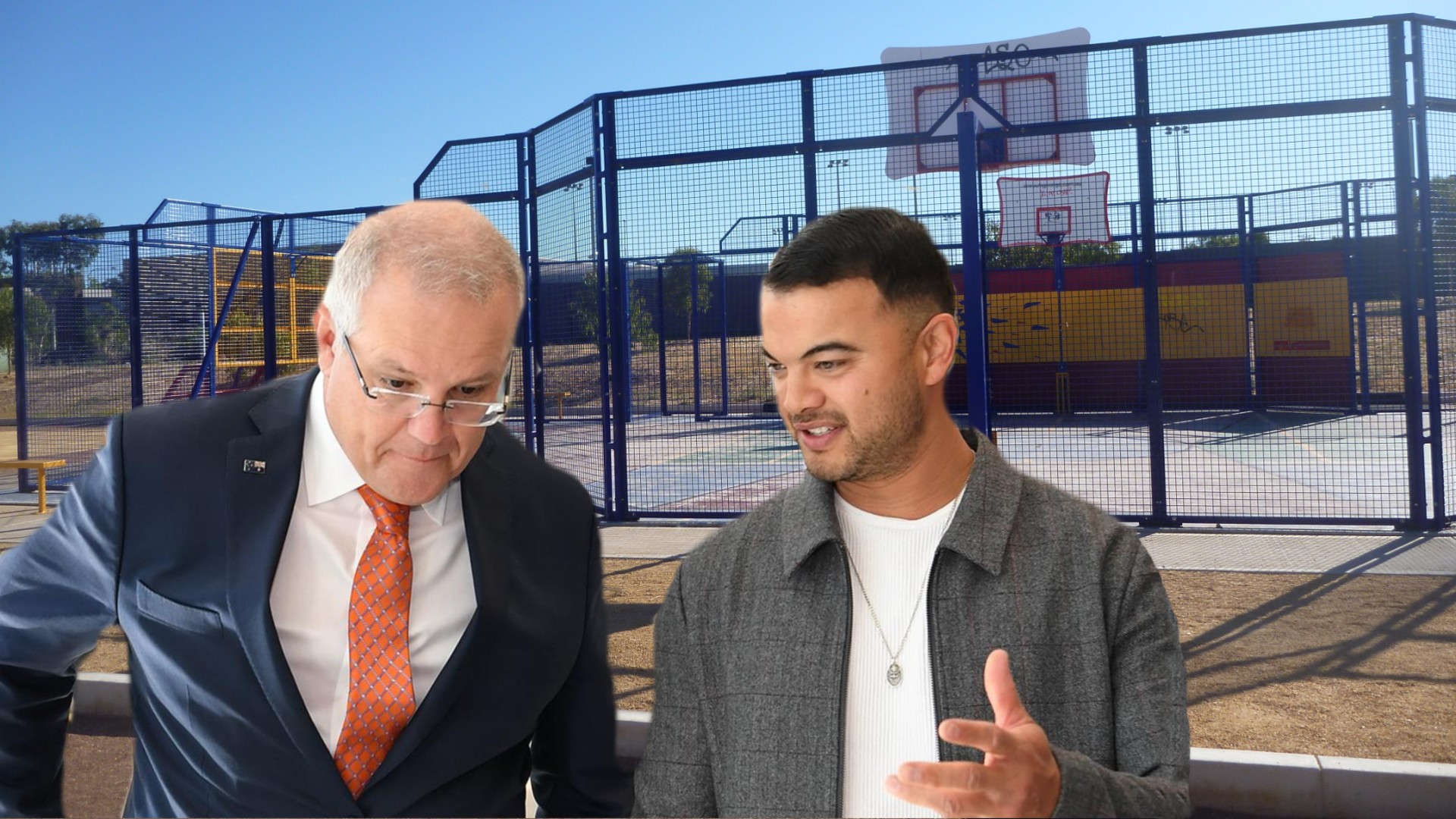 GUG SEBASTIAN: Early 2000’s typical north-east hood-rat and former Australian Idol Guy Sebastian has met with the Prime Minister in an effort to boost funding for his community.

No, not the artist community, his local community of Golden Grove youths. With particular focus on what was once the pinnacle of radness, the Rage Cage at Greenfields, where Sebastian claims his basketball has been stuck between the ring and the backboard for well over a decade now.

Guy stated to Morrison in typical north-eastonian slang ‘Needs to be pumping again man, that place used to be hell sick back in the day. If there was a bunch of scooter gugs in the skatepark we’d head up there t’chill and crank some Millencolin and Seraphs Coal on the portable stezza. Sometimes we’d gank some Red Bears from the Blue Gums and try and skeem some Gleeson slurries, hey?’.

Morrison, unfamiliar with the north-east dialect circa 2001, came to the conclusion that Sebastian was either willing to support a funding boost for struggling artists or was in the middle of having a stroke.

Sebastian replied, ‘Yeah man, arts is sick hey? BCW crew tagging the wall behind the Village after fanging the dungas round Industry Park and looking for dumped hydro bags on them roads behind Greenwith’.

“If supporting artists means more tagging with permanent textas on the Cheap as Chips wall, then I’m all for it hey?”

Morrison, still unsure with what exactly was going on, reminded Guy that he owed the PM a favour after filling in for his 5-a-side social team at the Rec Centre and requested him as a spokesperson for the artist grant announcement.

Sebastian then repeatedly interrupted the PM’s announcement unprompted to remind everyone that Golden Grove is “World’s Best Address” and that the Banksia boys are nothing but toy gugs.

It is reported that Sebastian’s next political campaign will be “Make Netball Court’s car parks gravel again. Wanna do some sick dowees in mum’s Fiesta”.