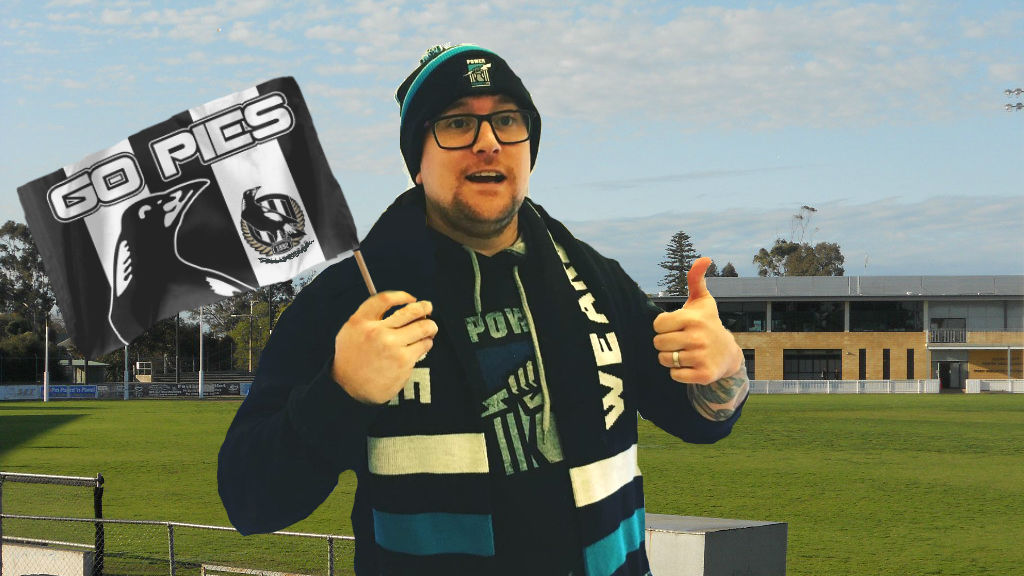 With the Port Adelaide Magpies facing off against Glenelg in the SANFL Grand Final this weekend, Port Power fans will be sure to let you know that “SANFL is where the real game is”, “our club has such a rich history” and “Albertone is the real home of SA football” despite never actually being there.

Despite Port’s average home-game attendance of 2,400 this year, ten thousand recent die-hard fans will let you know that they’ve been there every step of the way to watch their team make the Grand Final.

The Adelaide Mail spoke with an insufferable Power fan, Al Burton, who figures running his Power devoted Twitter account “@Power1870PrisonBars” is a good enough substitute for a personality. Burton stated ‘obviously I’m a huge supporter of that SANFL club, always have been, because of their history and heritage’.

‘Just don’t ask me to name any players, know who the coach is, or who’s been selected to play the final without giving me access to Google first’.

Like any Power supporter, who can’t say a single sentence without mentioning the word “history”, Burton continued, ‘They probably won the SANFL flag last year too, because if you know anything about history, they’ve won pretty much every flag for the last 500 years or so. We’re the oldest running club in the state, you know?’.

‘Anyway, I can’t wait to rock up to Alberton on Sunday to watch the match’, Burton concluded.

In what promises to be a tightly contested Grand Final, the only certainty on game day is Glenelg fans will be the slightly more tolerable ones for a change.