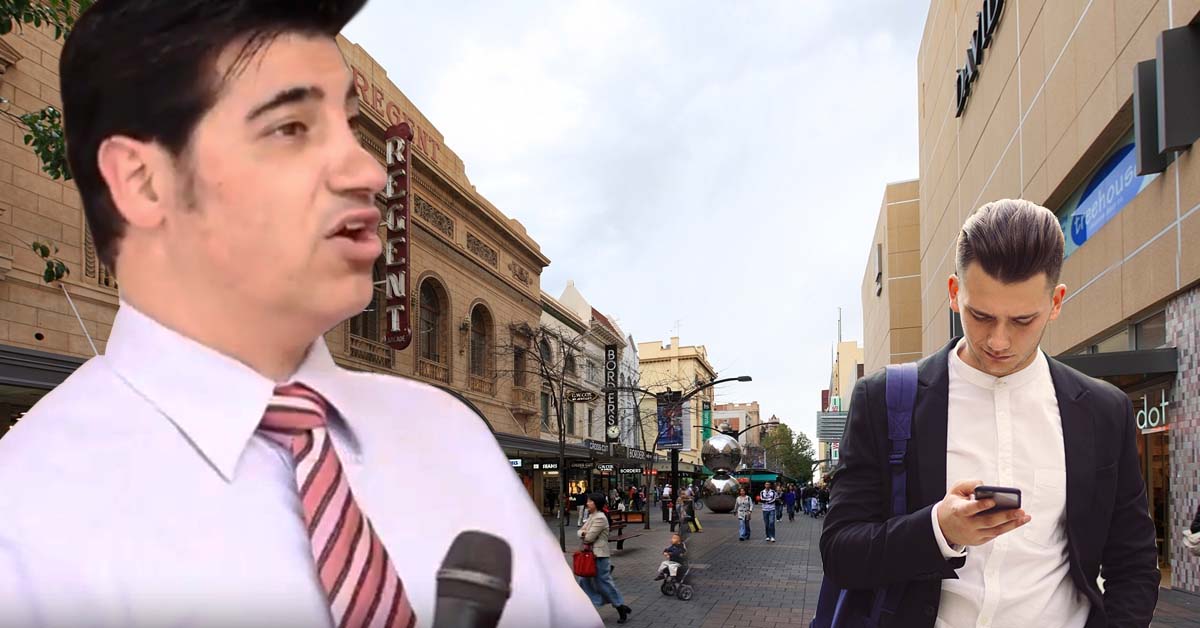 Rundle Mall spruiker Frank Ratta has once again shown why he was awarded ‘SA’s Most Tolerated Spruiker’ eleven years running.

In the middle of a long-winded soliloquy about the brain-bending bargains that can only be found upstairs at City Cross today only, Ratta spotted a man he thought he recognised from a band that he once played a gig with sixteen years ago.

‘Well if it isn’t big Jase Quickfingers, Rebel Sport has an astonishing fifteen per cent off all activewear’, Ratta said as he started his conversation with a man trying his best to avoid eye contact.

‘Get in store now, you’d be silly not to, still playing that Gretsch? Beautiful guitar that one, beautiful tone and beautiful bargains in store at Rebel Sport this weekend only’.

‘And how are the boys? Still playing soccer for Campbelltown? You ought pick up some new boots for them, twenty per cent off footy boots and, get this, socks…five bucks. Alright mate, you’ll have to bring the guitar down next time, plug into the old five watt Peavey here, out the front of Rebel Sport, City Cross arcade. Fabulous savings and fabulous to see you again’.

The passing pedestrian had never met Ratta in his life.