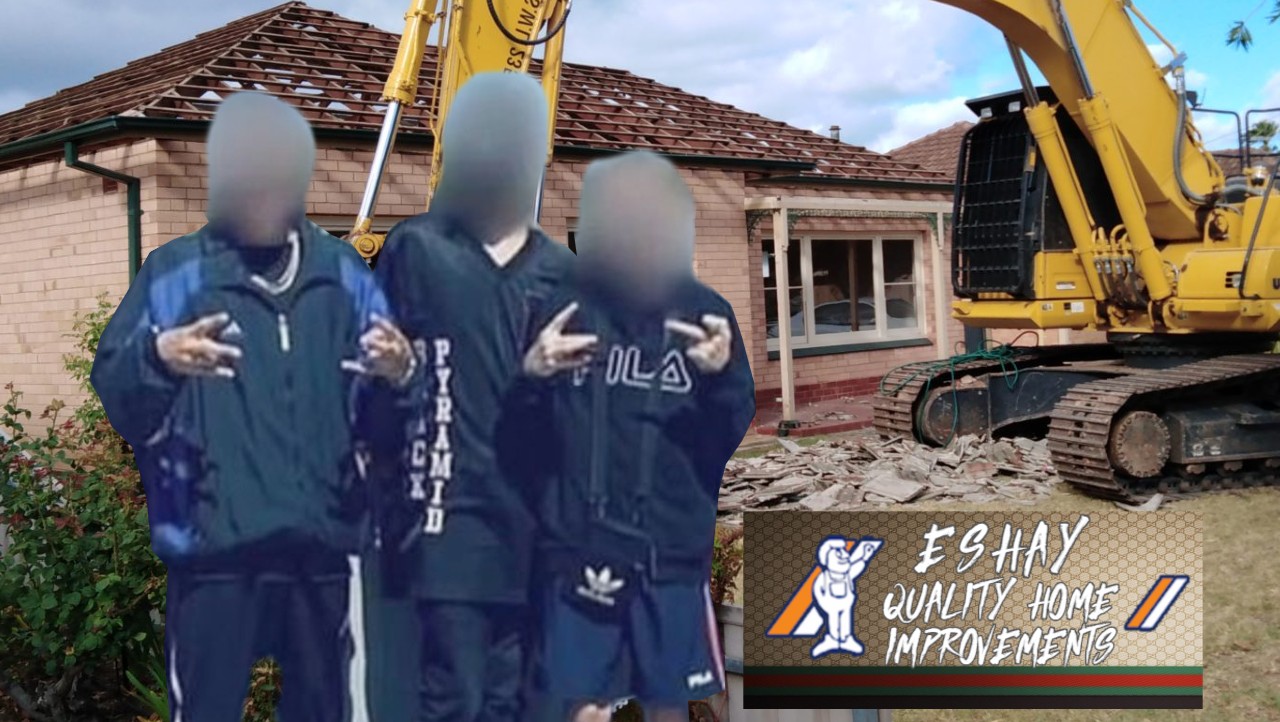 With South Australia’s other satirical news website exposing the existence of a “new” youth subculture which is well over a decade old, we here at the Adelaide Mail can now jump on the bandwagon.

Eshays, a crafty and generally harmless bunch of kids, have found over the years that there’s not much profit in simply hanging around Rundle Mall and pretending to be intimidating. So, for the sake of making the headline joke work, Eshays have turned to the construction industry in order to fund their lavish bumbag penchant.

Eshay Quality Home Improvents was built upon the subcultures “graffin’ and smashin'” roots. They figure if it’s easy enough to threaten to knock somebody down, they can just as well easily do it with a house.

However, despite continually threatening to knock down hundreds of South Australian buildings, Eshay Quality Home Improvements have yet to successfully complete a demolition job.

Awful, but still far better than anything Kerser has ever released.