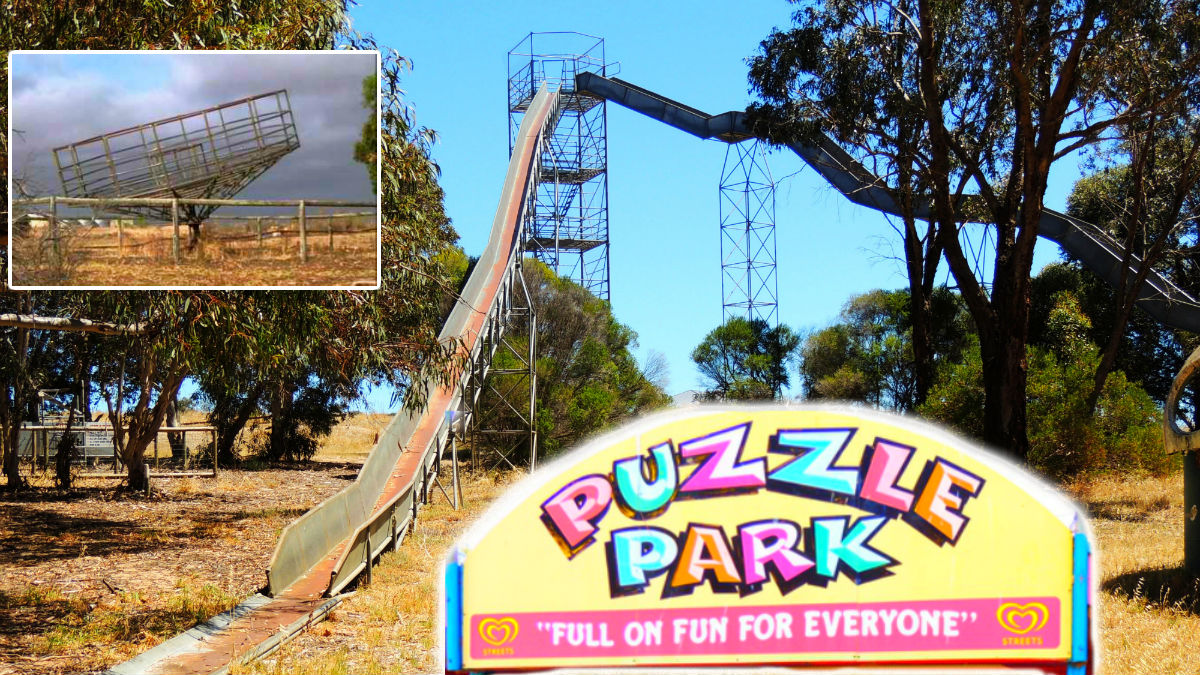 What was once South Australia’s answer to Disneyland, the theme-park and scrap-metal haven of Puzzle Park now sadly remains abandoned in scrub-land near Murray Bridge.

Initially the State’s number one cause of third degree burns, Puzzle Park was indeed a puzzling place, but the main piece of the puzzle has only now just been revealed, which is how the hell did nobody ever die at this place?

Although now long abandoned (but somehow currently in better condition than when it was open for business) most South Australians born before the 1990’s have the burn-scars from the hot metal play equipment to show they did in fact survive a family trip to Puzzle Park. However as far as we are aware, surprisingly all children made it out alive.

This comes as great disappointment to sadistic park designer Jonathan Jigsawpiece, now in his eighties. Jonathan spoke exclusively to Adelaide Mail stating ‘it’s my biggest regret in life. I clearly designed the park with the intention of knocking off some little buggers. The rusty ladders, the maze with unsecured overhead walkways, a steep waterslide into a shallow concrete pool, even a flying fox! Still, didn’t manage to bag even one’.

When asked as to why he wanted to essentially kill children, Jonathan stated ‘uhhh…for their own safety…I guess. Yes, I purposely built a dangerous theme park so that awareness could be raised and safety standards inevitably lifted after the first few deaths. Sadly, that was never the case’.

Since the closure of Puzzle Park Jonathan now spends his time warning children about the dangers of meeting strangers from online chat-rooms, or at least what he’ll be telling the court on Tuesday.

Editor’s note: Thanks to a huge supporter of ours Dave Walsh for letting us use his pictures of the abandoned Puzzle Park. You can read all about Puzzle Park at his excellent WeekendNotes article.