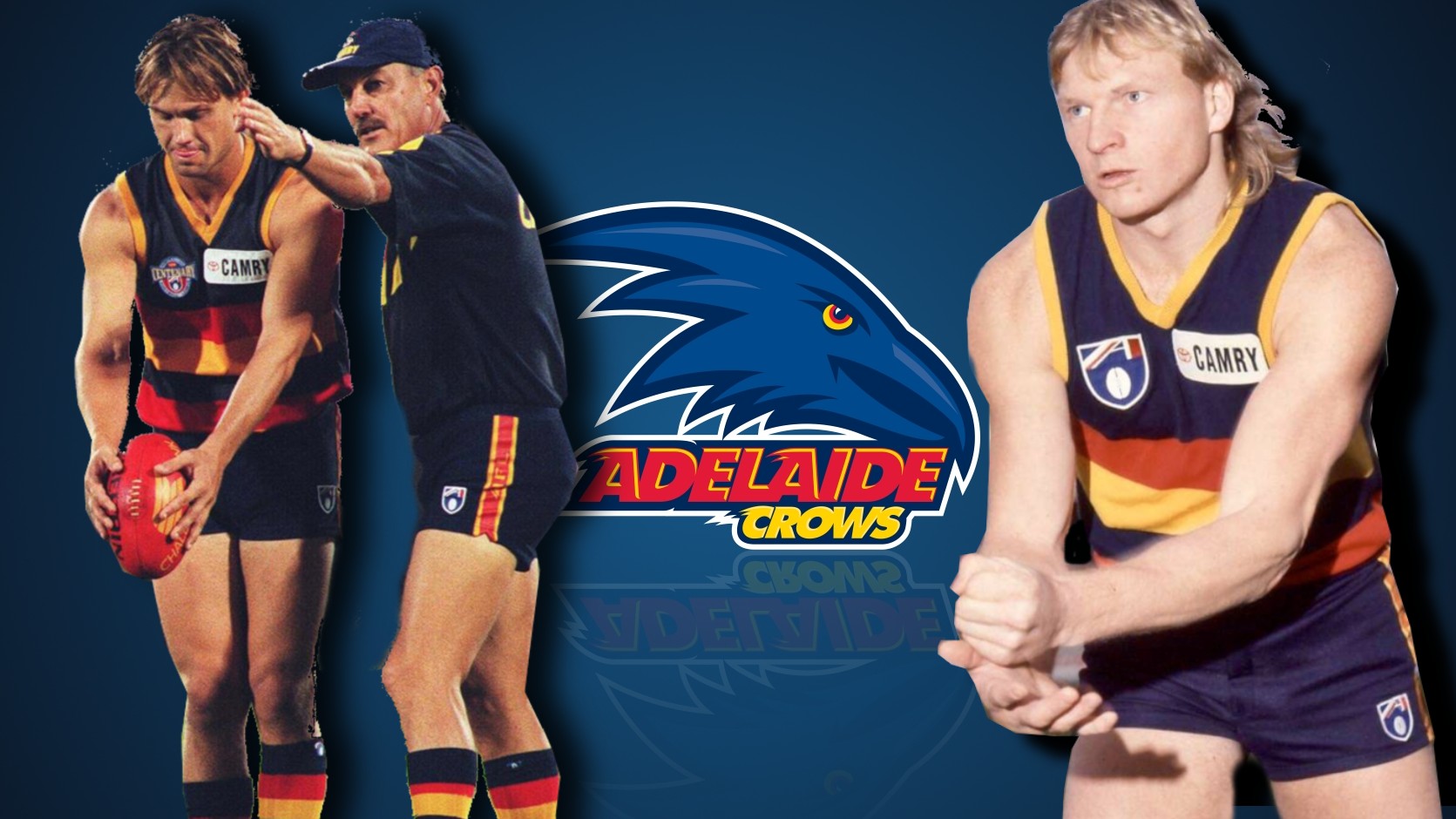 Desperate to increase the fledgling sales of its 4-door family sedans, the Japanese automaker identified the sleepy town of Adelaide as having the perfect balance of corporate influence and not already having a footy team.

In 1991, Toyota launched the “Toyota Oh-What-A-Feeling Adelaide Camry Crows” with a series of accompanying adverts, t-shirts, and that thing from the Advertiser where you buy the newspaper and then you cut-out a coupon and then you use that coupon to buy stickers that you put on this big team poster that you also get from the Advertiser (not the one that had the token though, a different one) and a bunch of your dad’s mates had the poster in their garages or on the back of their toilet doors.

Anyway, the team was an instant hit and Camry sales jumped almost 2% over the following decade.

2. Blighty drops Modra for the GF and then rubs it in his face by doing a MODRAAAAAAAA!

In a cruel act of betrayal, Blighty dropped Adelaide spearhead Tony Modra right before the biggest game of his life just because he didn’t like him (and also his knee was broken or whatever) only to mimic his iconic speccie immediately after the final siren.

All the Crows great were there: Matthew Robran, Kane Richardson, Chad Rintoul, one of the James Brothers (don’t remember which one) and a bunch of other old Crows players that now all seem to work either in marketing or physiotherapy.

Naturally, Mods was none-too-impressed with “Flighty Blighty” (not his real name), so he packed his bags for Fremantle where he went on to be pretty good actually but not like amazing or anything.

Immediately after the opening bounce, Cummings started running his mouth (in-between cheeseburgers) but RR (Rockin’ Rodney) wasn’t having any of that, pummeling Cummings with a series of hooks and uppercuts and other boxing-related terms that we all know.

It was a great day all-round for the Crows, going on the defeat the Port Adelaide Power team by a number of points.

4. John Klug launches his own brand of cologne

As the original sex machine of Toyota’s Football-Related Marketing Division, it was just a matter of time before swathes of freshly-bottled Klug hit the market.

“Klugescence” quickly launched on K-Mart shelves all over the state for the affordable price of $17.99, and just as quickly disappeared. Boy, they must have been popular!

At the very peak of his popularity at the North Melbourne football club, all-round great bloke Wayne Carey decided to continue his football journey in Adelaide where he could make even more life-long friends.

And on a sunny day in late June, Wayno threw a big BBQ and invited all of his best footy mates (and their partners) to get together and have a grand old time.

Sadly, despite having an esky full of icy-cold cans of Coke, almost nobody showed up. Must have been something else on that weekend.

Have you EVER seen a man with such a muscular-looking face? Honestly, we all know this is a joke article but oh my god, if he actually did do that it wouldn’t surprise me.