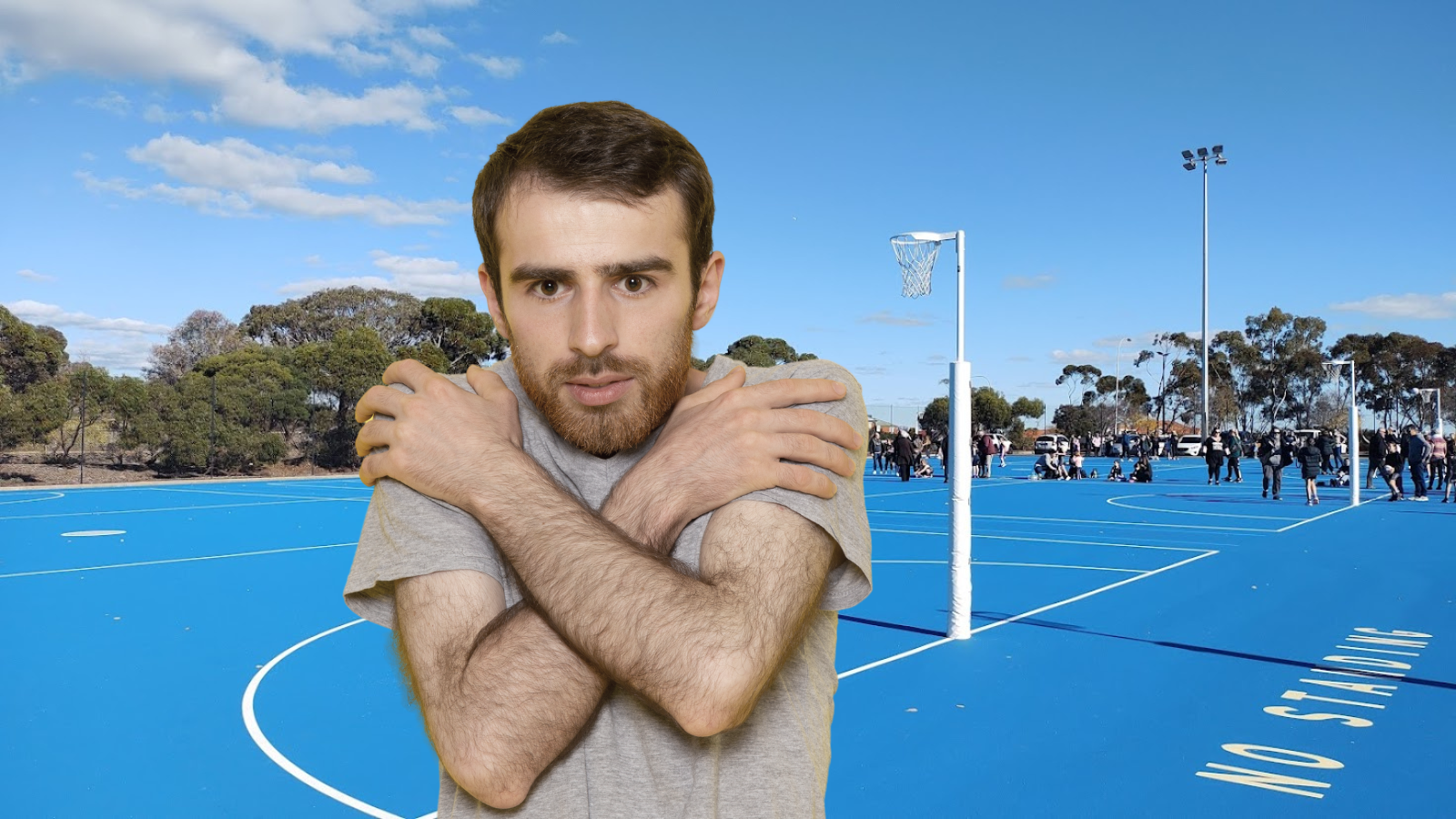 Despite being told several times by his wife to remember his jacket, beanie, rations, flares and compass for their daughter’s netball game, Ray Shcage of Greenwith insisted that he would be fine.

‘It’s sunny outside! Beautiful day, there’s no way I’ll need a jacket. How much could the weather possibly change from here when the courts are only five minutes away?’ he told the family repeatedly as they left their home.

However, upon arrival at the north-east tundra ecosystem Ray soon realised he was in for an hour of pushing his body to the absolute limit.

Even before the coin toss on court 17, Ray knew he was in trouble. Hypothermia and possible frostbite were setting in, and the windchill was only making things worse.

As his rugged-up wife intently watched the netball game, only turning to shake her head briefly at her shivering husband, Ray exclaimed ‘S-s-s-sseee, I’m f-f-f-f-f-fiiiiine’.

Before the second quarter started Ray said he’d left something in the car and ended up just sitting in his Camry with the heater on for the remainder of the game.

Ray promises himself he won’t make the same mistake next game, just like he has every single week for the previous four and a half seasons.