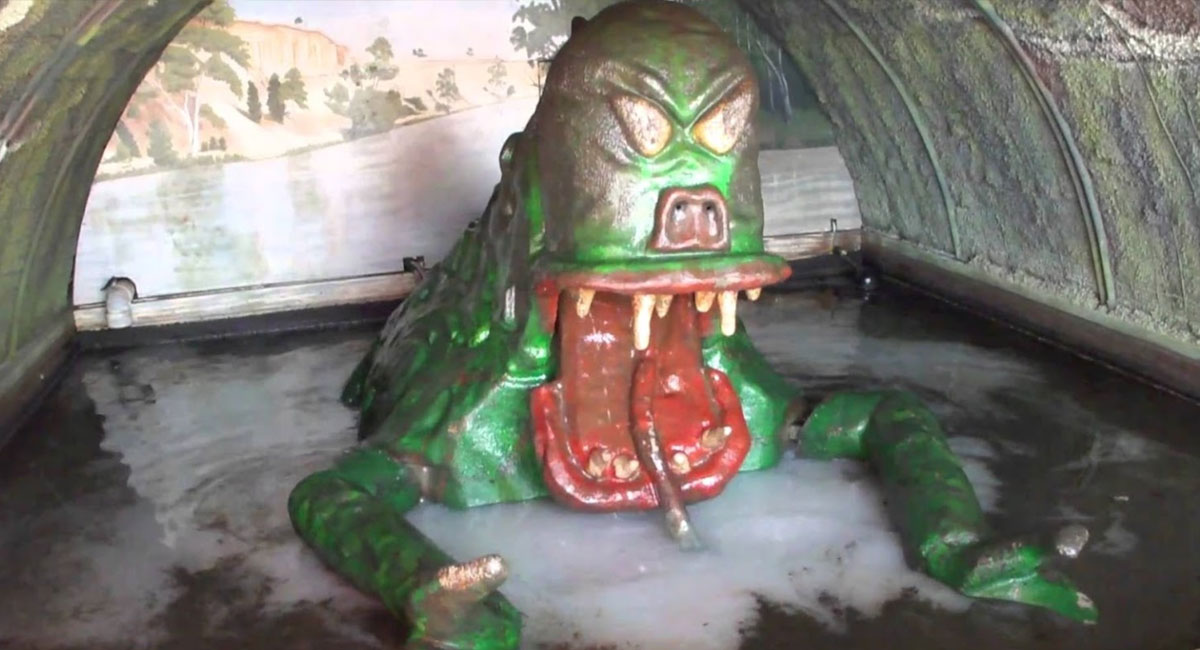 Murray Bridge’s monument to the mythical Murray River creature Bazza the Bunyip has become the latest statue to be vandalised by protesters.

The Bunyip, which is the only coin-operated monument to have drawn the ire of protesters around the world*, has been incorrectly blamed for the colonisation of the Murray River by protesters who get most of their information from Twitter’s trending topics and the first thirty seconds of friendlyjordies videos.

News of the defacement has drawn the ire of Prime Minister Scott Morrison who, when contacted by Adelaide Mail on his personal mobile, said ‘Who are you? Where are you calling from? I need you to delete this number immediately!’ A reaction that has led to some as labelling the PM as complicit in historical erasure.

‘The time has come for Murray Bridge to turn over a new leaf and begin to question the colonisation of our waterways by bunyips and…fish,’ protester Gresham Foodsack told us, ignoring the fact that we were pretending to be on the phone.

Eventually we gave up with the charade and asked if Foodsack knew that the Bunyip was, in fact, a mythical creature from Aboriginal mythology, to which he said: ‘Yes, but there is nothing mythical about the colonisation of the Murray River by European carp.’

Which, like, we think the same thing, but sometimes people just make it so hard to agree with them. Y’know?

*Yes, we know that the Bunyip is no longer coin-operated, so please save your letter-writing campaign, Peter Goers. We are also already aware that the name Bazza the Bunyip refers to the the friendly looking 90s character who encouraged kids to ‘Save the Murray’.