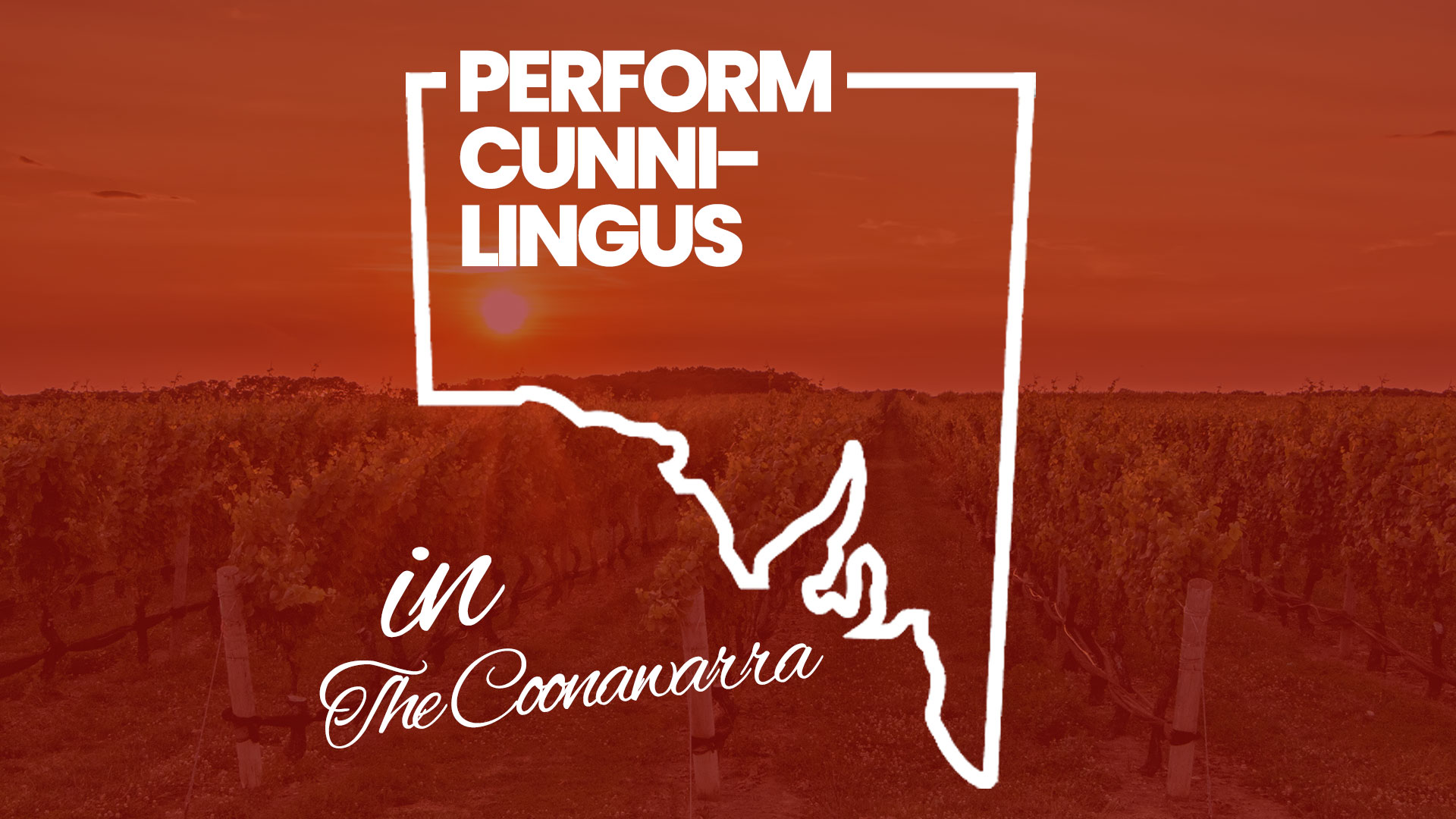 Off the back of a popular April Fool’s Day prank calling on Aussies to Go Down South With Their Mouths, the South Australian Tourism Commission has launched a genuine campaign calling on people to perform sex, orally, in one of the state’s premier wine regions.

While the satirical Go Down South… promotion raised eyebrows and attracted wry smirks around the country, the state’s tourism body was quick to distance themselves from the prank.

Those behind the campaign were quick to point out that the real campaign is designed to support the local tourism industry, although it is unclear exactly how that works.

‘That other campaign was smut, pure and simple,’ said head of Train Videos and Nick Cave Music for the state’s peak tourism body Brant Lingere. ‘When that press release went out asking people to “go down south with your mouth” we knew what they were getting at. And it’s not something that we want South Australia to be associated with. Also, the Go Down South mob are nothing but a bunch of interstate merchandise hawkers shamelessly cashing in on South Australia’s superior nature and oral sex skills’.

‘Our campaign, on the other hand, is classy, it evokes the feelings of South Australia’s incomparable wine regions and world-class food and it does not lean on smutty jokes like that press release’.