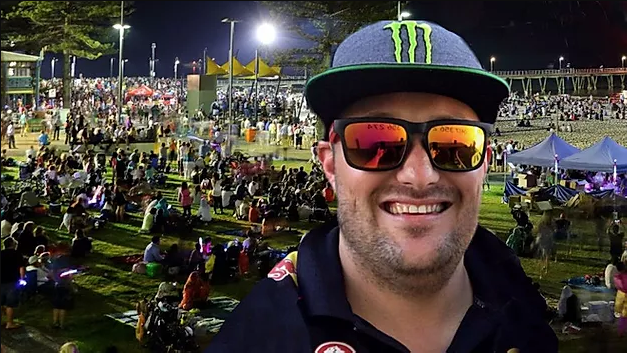 A local Adelaide man will tonight undertake what many South Australians have fallen trap to in the past.

As a right of passage for many young families, third-wheelers, and teenage flogs, spending New Year’s Eve at The Bay is something most people undertake only once in their lifetime, and for good reason. However tonight, Christopher Peabody feels that Glenelg will be the place to be.

‘First of all, it’s really easy to get to’, stated Christopher ‘from my house all I need to do is get a taxi to the nearest bus stop, the bus to the interchange, then change bus, take that bus to the City, get off the bus, walk to the tram stop, line up for the tram, get on the tram, then get off the tram because it was going the wrong way, then walk back to the tram stop, line up again, get on the right tram, then just take the quick 40 minute tram ride to Glenelg. Easy. I figure if I leave by morning I should get there for the 9:30 fireworks’.

The ease of commute is not the only thing enticing Christopher to The Bay this year, he also told Adelaide Mail he was very excited about the entertainment ‘Well it’s safe to assume there will be some sort of generic cover band that I could see at my local pub any night of the week, plus there may even be a washed up DJ or band from the early 2000’s if I’m lucky’*.

‘But above all that’, Christopher continued ‘it’s just the vibe of the place, good to just relax and have a few bevvies. Yeah, I know it’s a dry zone, but there’s plenty of pubs around that probably won’t be full from 6 pm. And look, even if I don’t get in anywhere, hanging around in the streets and park is fun too, I’m sure there won’t be any dickhead teenagers looking for trouble about’.

The overly optimistic man continued as our reporters were trying to hold their laughter,  ‘Plus, it’s got the best fireworks in Adelaide. But if I want to beat the leaving crowds and get home before 4 am I’ll have to leave by 11:30. But I figure if I’m having a good night and bump into some mates, I’ll watch the fireworks and stick around until the crowds die down. Hopefully then I’ll get home by February’.

*Editor’s note: After writing this I checked who was playing at The Bay, it’s Regurgitator. I don’t mind them actually, so I guess I’ll see you all down at Glenelg tonight.