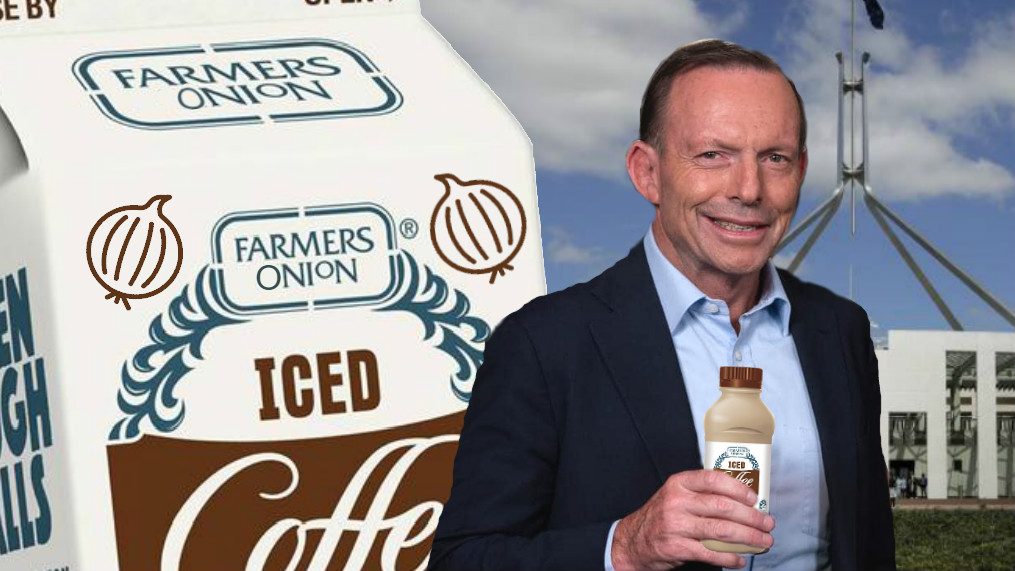 ‘It’s all about creating local jobs’, said Farmer’s Union spokesperson Dianne Beaties ‘we heard the onion industry was struggling with drought conditions, so we thought what better way to boost the economy than releasing a limited edition “Farmer’s Onion” drink’.

Sales figures have however indicated that only one person is continually purchasing Farmer’s Onion Iced Coffee, with all sales either being in the electorate of Warringah, New South Wales, or certain corner delis around Canberra.

In order to undertake some investigative journalism, Adelaide Mail attempted to gain some cartons Farmer’s Onion Iced Coffee to sample free of charge, but our efforts did not prevail and we were just accused of “ripping off the onion”.

However, our sources state it still tastes better than that Farmer’s Union Iced Coffee Edge.

Editor’s note: Thanks to Rohan Neagle for submitting this headline idea, he’s a huge supporter of us for some reason and therefore probably a nice enough guy.