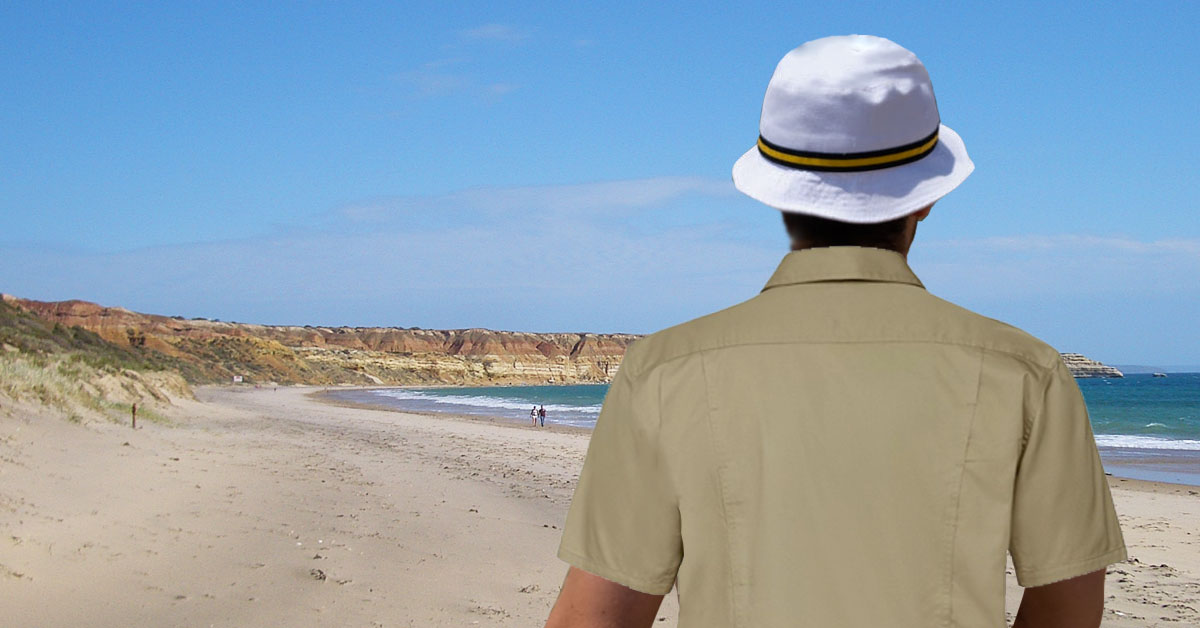 A Gawler man has confounded onlookers upon his arrival at Adelaide’s Maslin Beach, appearing wearing a bucket hat, long pants and open button-up shirt before heading straight for the beach’s secluded bushes for some reason.

Though the curiously-clad beachgoer quickly shed his shirt, his unbuttoned cargo pants remained around his waist as he made a beeline for the beach’s sand dunes and what seemed to be a designated spot for single, middle-aged men in bucket hats.

Although we have been unable to confirm the reason for the man’s visit to the sand dunes’ bushes, witnesses have been speculating.

‘I think he was probably geocaching, or maybe Pokemon Go’, says one befuddled (and uncomfortably well-tanned) Maslin visitor.

‘I’ve heard that the secluded bushes down here are harbouring a rare Pachirisu, so that probably explains why he had his phone out and also why he was sweating so much’.

Another Maslins regular told Adelaide Mail that she thinks he was probably just a nature photographer looking for the perfect vantage point. Meanwhile, one Maslin Beach resident has a different idea.

‘He was having wank’, said Viktor Svidetel in broken English before our reporters admonished him for swearing at a family-friendly beach. Honestly, have some respect for your fellow beachgoers.

Editor’s note: Turns out he was just having a wank.