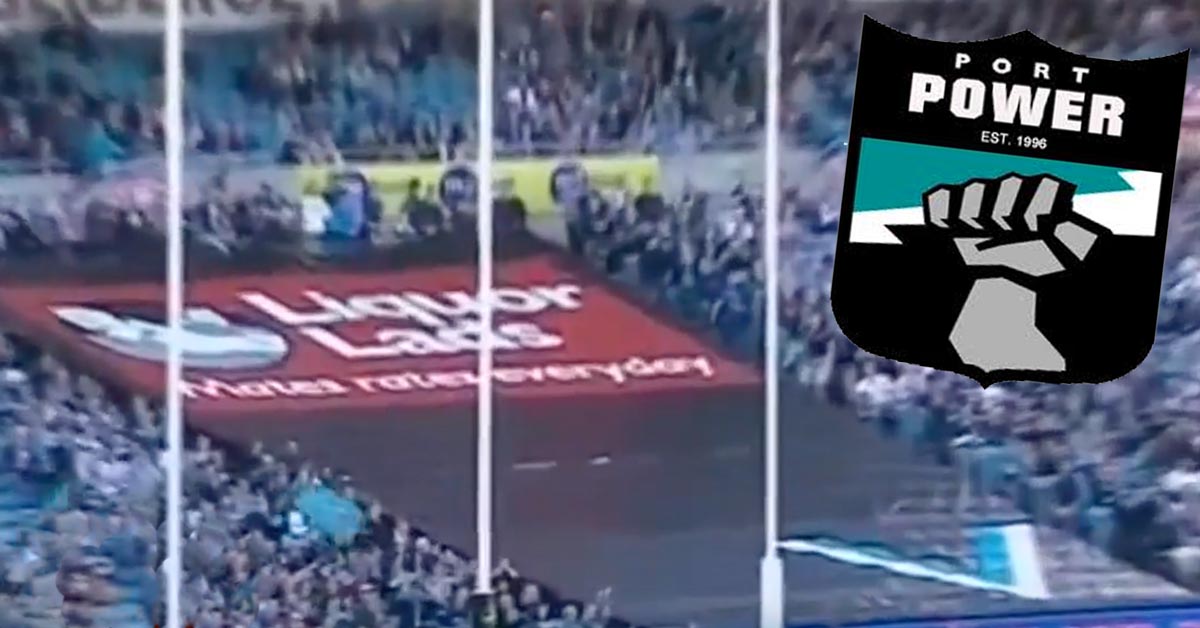 Renewing its commitment to sustainability, Port Adelaide Football Club today announced that they would be doing away with the single-use plastic tarps first used in 2010 to cover large swathes of empty seating at home games.

A six-week consultation process with key stakeholders most likely to be affected by the ban reportedly returned overwhelming support. However, some pockets of the football community were not quite as supportive as others.

‘It’s funny, because we found that we had unanimous support within the club [for the ban]’, says Port co-treasurer Julian Tarps. ‘But, outside the footy club was a different story’.

‘Liquor Lads were dead against it. I don’t even know who Liquor Lads are but apparently they thought that they still had advertising on the tarps at every home game. I didn’t have the heart to tell them otherwise’.

‘Also, about eighty per cent of Crows fans disagreed with the ban’, continues Tarps, ‘We had a contingent of Crows supporters in one of the focus group meetings and I could not work out what they were talking about most of the time’.

‘They spent most of the meeting reminding us of their recent back-to-back premierships. Although they did close out the meeting with the most stirring rendition of “Will the 19th man please stand up”, so that was nice’.

‘But the biggest opposition came from a segment we identified as “lazy joke writers”. Those hacks have relied on this tarp thing for almost a decade now, and I know they get very defensive of anybody trying to take that away from them. I bet they’ve even given me some dumb name like “Darren Polytarp” in this article’, concluded Tarps.