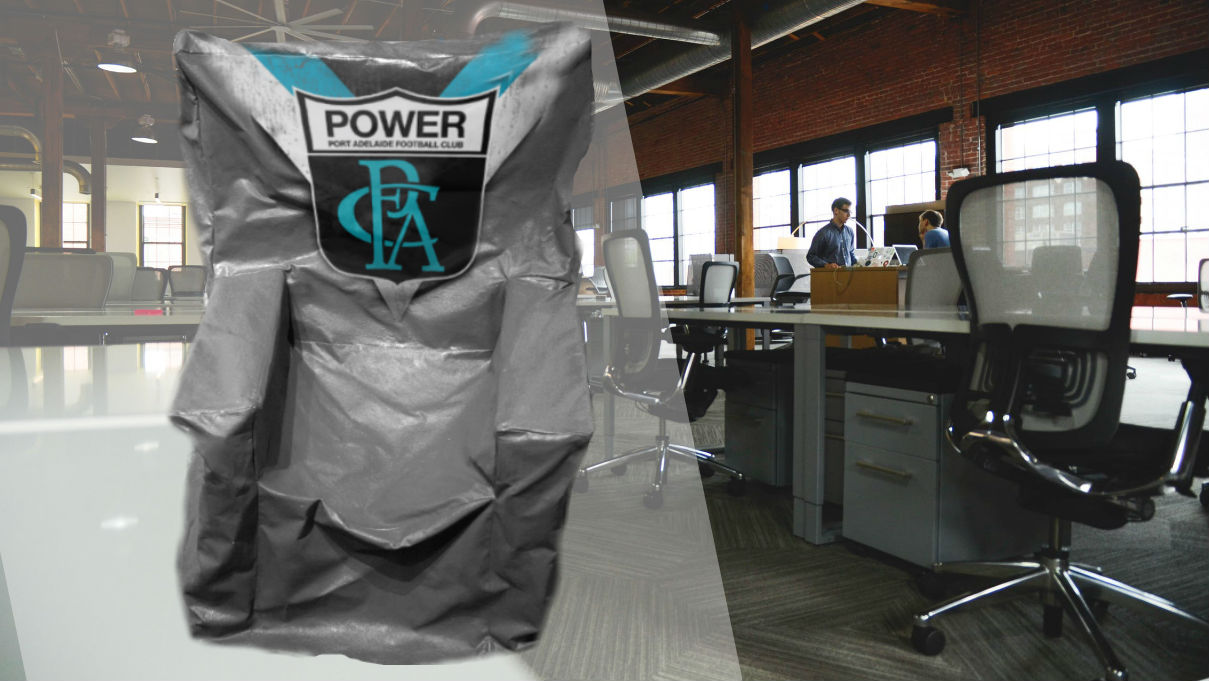 Thousands of Port Power fans from around the state have chucked a sickie today, knowing full well they are incapable of handling any slight office banter regarding the Showdown loss.

The situation has been so bad that many office executive decisions have been made earlier this morning to cover thousands upon thousands of chairs across the State in tarp, because according to history (something you can never shut a Port fan up about), that’s apparently a logical solution to this problem.

The Adelaide Mail contacted a particularly hard-hit CBD office this morning for comment on the situation. Craig Ampersand, the office chief-vice-executive-assistant-manager stated ‘after the Showdown result, we knew it would be emptier than 2012 Power home game around here. They can simply not handle any banter without flying off the rails, especially after being so cocky early in the season, and sure enough, all our Power fans have called in sick. First I got a call from Al Burton, then Karen DePear, then Beau Gann, the list goes on. All in all, only 81 of our 200 staff are here today, I’d hate to do the math on how many are supposedly sick’.

With a half empty office to contend with, but also wanting to keep the ones who showed up productive, Craig pulled out the usual Port Power office chair tarps to make the place seem full again.

‘There!’ said Craig as he finished the final section of chairs ‘That certainly makes the place look full again, much more lively too and certainly morale boosting. But we still don’t expect to get much work done today, we’ve got a lot of people out you know, a half-strength office if you will. That’s definitely something I’ve been hearing all week, so it must be a valid excuse’.

When asked if he would be emailing a warning to the employees who have faked a sickie, Craig scoffed ‘Ha! Please, they can’t read’.