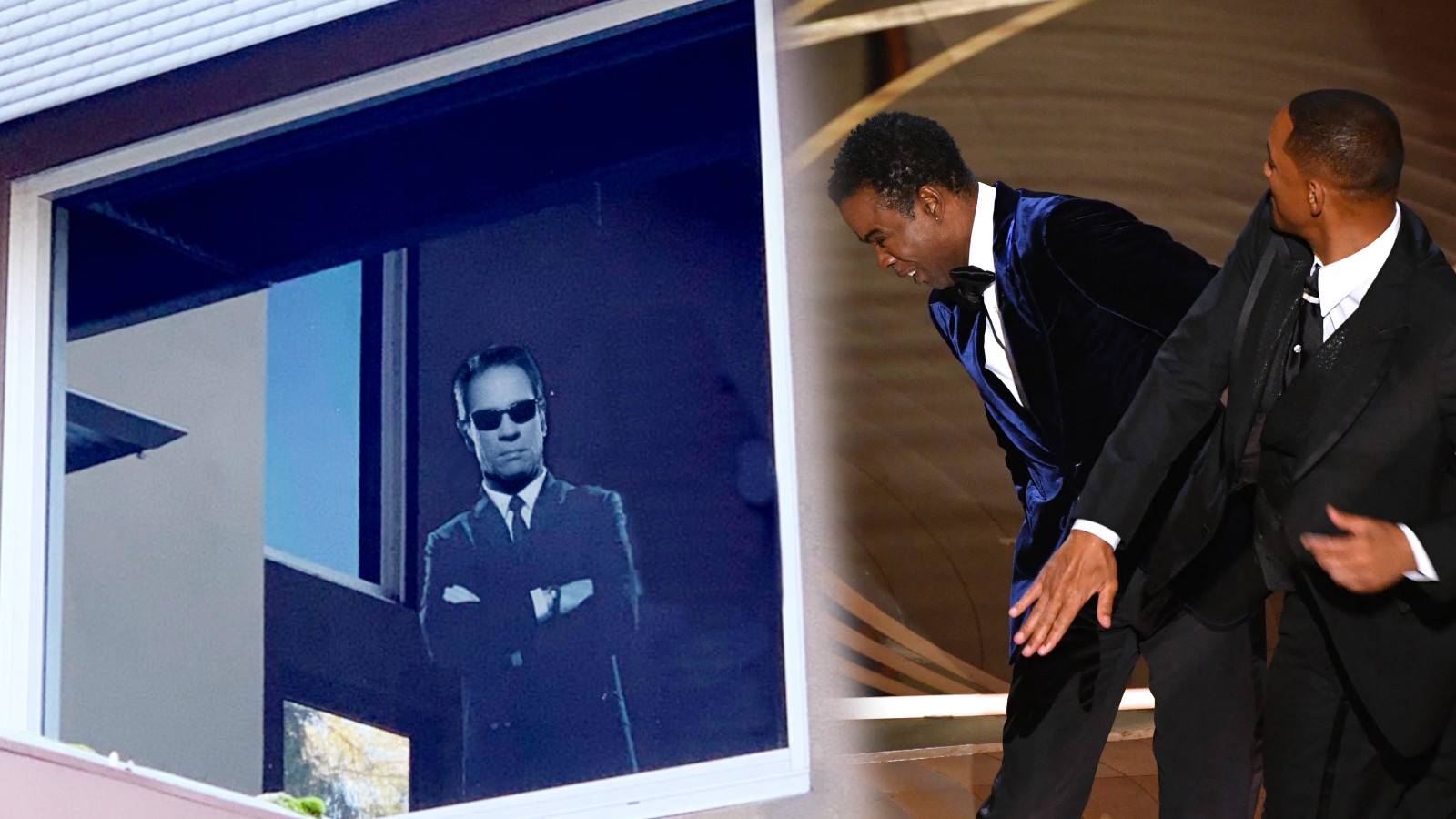 MAN IN BLACK: After news breaking of the now embattled Will Smith resigning from the Academy, the City of Unley has now taken the step to remove his cardboard cutout that’s been on display at a Cross Road house since about 1998.

In a move which some residents deem almost as controversial as Smith’s Oscars appearance, the City of Unley have left just the cutout Tommy Lee Jones to watch over the always annoying Cross Road traffic.

City of Unley spokesperson Mal Vern stated ‘We’re sad it’s come to this, and there will be some backlash, get it? People from this part of town will complain about anything! So we’re hoping to obtain one of those Neuralyzer memory eraser sticks from MIB so all the whingers forget he was ever there’.

‘We haven’t had much luck though’, continued Mal ‘That guy on Gumtree was just a massive scam. Turns out he just sold us was just a Maglite with a strobe function. Some old guy came to my office complaining about the removal of Will Smith and I ended up just giving him severe retina damage. He’s okay now though, and probably far less likely to complain about footpaths or whatever in the future, so it’s not all bad.’.

‘Anyway, because we can’t make people forget about it, we’re just rebranding it from the “Men In Black Cardboard Cutout” to another Tommy Lee Jones movie from the 90’s where he wears a suit’.

‘It will now be known as the “The Cardboard Cutout Of District Attorney Harvey Dent from the 1995 Action Film “Batman Forever”, Rated 39% On Rotten Tomatoes, Before Acid Is Thrown At Him In Court And He Becomes The Villain Two-Face”.

Has cancel culture gone too far? Have your say in the comments.

(Sorry, we just have to put that last bit in for audience engagement or something. We actually don’t care what you have to say, ever.)

Note: A big thanks once again to David M. Green for the headline idea. David is a local prolific comedy genius who does a lot of things a lot better than we ever could. His VHS Revue videos are well worth a watch if you enjoy Adelaide nostalgia and a good laugh.