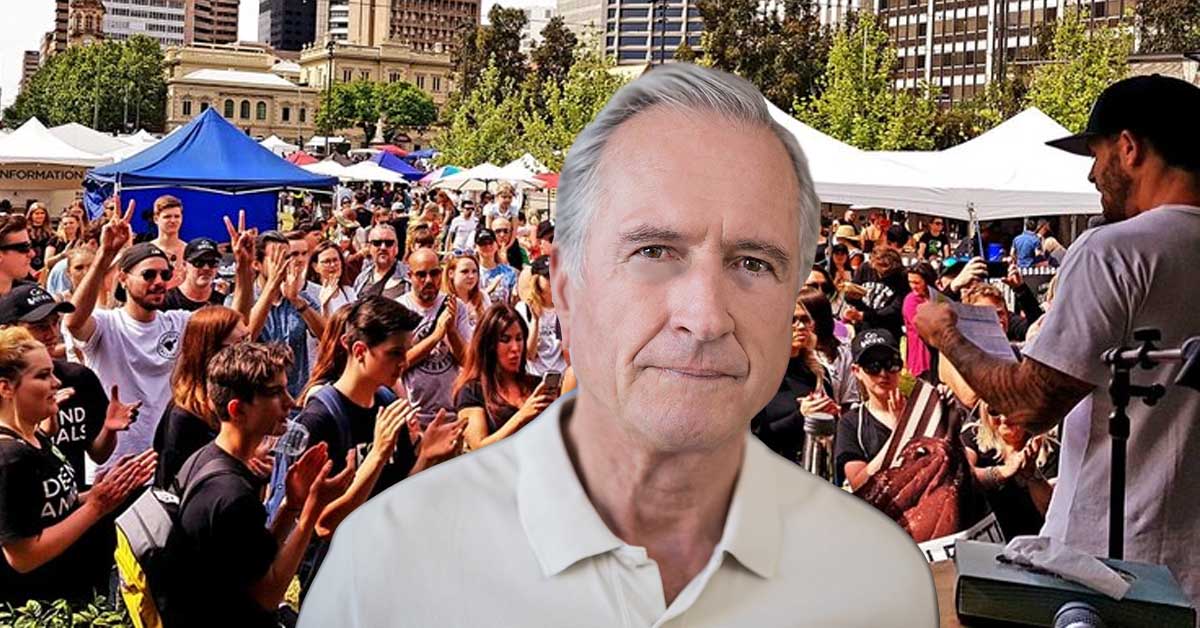 While Adelaide’s vegans may be recovering from a weekend spent at Rundle Park’s Vegan Festival, one local boomer has dashed the expectations of all colleagues by appearing at work three days deep into a nasty flu.

The incorrectly self-proclaimed ‘carnivore’ has never missed an opportunity to chuck a ‘sickie’, however the looming opportunity to deride his plant-based peers was too lucrative to lie in bed for.

‘I feel sicker than a dog’, says Brian Primecut, ‘probably just about as sick as a vegan’s dog feels when his owner serves dinner up for him each night’.

‘But I knew this morning when I woke up that a few of the people I work with probably went to that bloody vegan festival on the weekend. I was actually there at Rundle Park too…about three hundred metres upwind with some bloody delicious pork crackling on the Weber Q’.

When asked to pinpoint the reasons for his disdain for his vegan colleagues Primecut called on his misunderstanding of evolutionary biology.

‘All I can say is I hope they had a dentist on site to remove all of the teeth which only carnivores need. Humans are carnivores and always have been’, said Primecut, who was so impressed with his latest musing that he immediately used it as a comment on an Advertiser article about the event.

‘They’re all bloody idiots. Humans didn’t get to where they are by eating leaves. We got to this point by eating steaks, and schnitzels’.