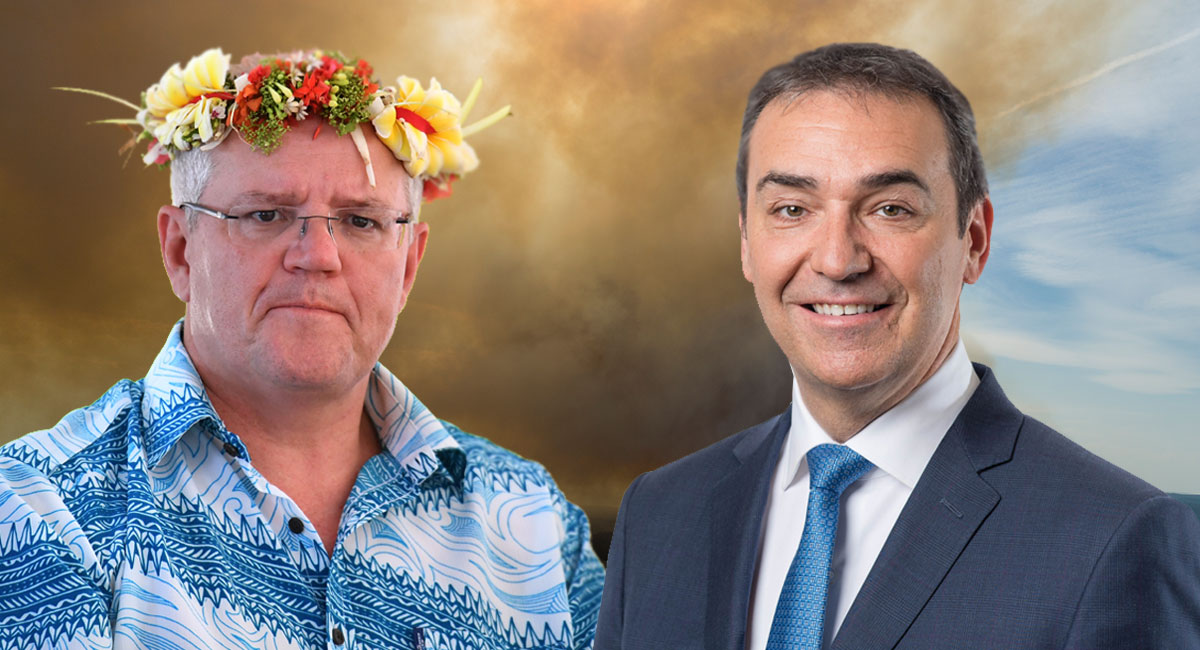 In perhaps his finest achievement of his Prime Ministership to-date, Scott Morrison has pulled off a selfless miracle, sacrificing his own popularity as leader to boost the way in which Premier Steven Marshall is perceived by the South Australian public.

The month-long political manoeuvre has been cumbersomely titled: Operation Make South Australian Premier Steven Marshall Appear To Be A Better Leader But Only In Comparison To My Own Ineptitude or OMSAPSMATBABLBOICTMOI, for simplicity.

The nationwide strategy was suggested last year at a conference attended by federal and state Liberal leaders and involves the Prime Minister appearing as entirely incompetent and heartless as a means of ensuring ongoing support for the nation’s Liberal Premiers.

Given that the idea has no room for mindless finger-pointing between State and Federal leaders, political analysts initially believed that the operation had no chance of success. However, the idea’s inherent opportunity to ignore climate change proved too much of an allure.

So far, OMSAPSMATBABLBOICTMOI has proven mildly successful for Premier Steven Marshall, with his popularity with opinion polling showing that 4.5% of South Australians think Marshall is doing an excellent job.

Liberal strategists had been predicting that number to be far lower, at around -30%. (Although it should be noted that some of these strategists were also responsible for counting Peter Dutton’s votes during the 2018 leadership spill, so you know, grain of salt and all that).