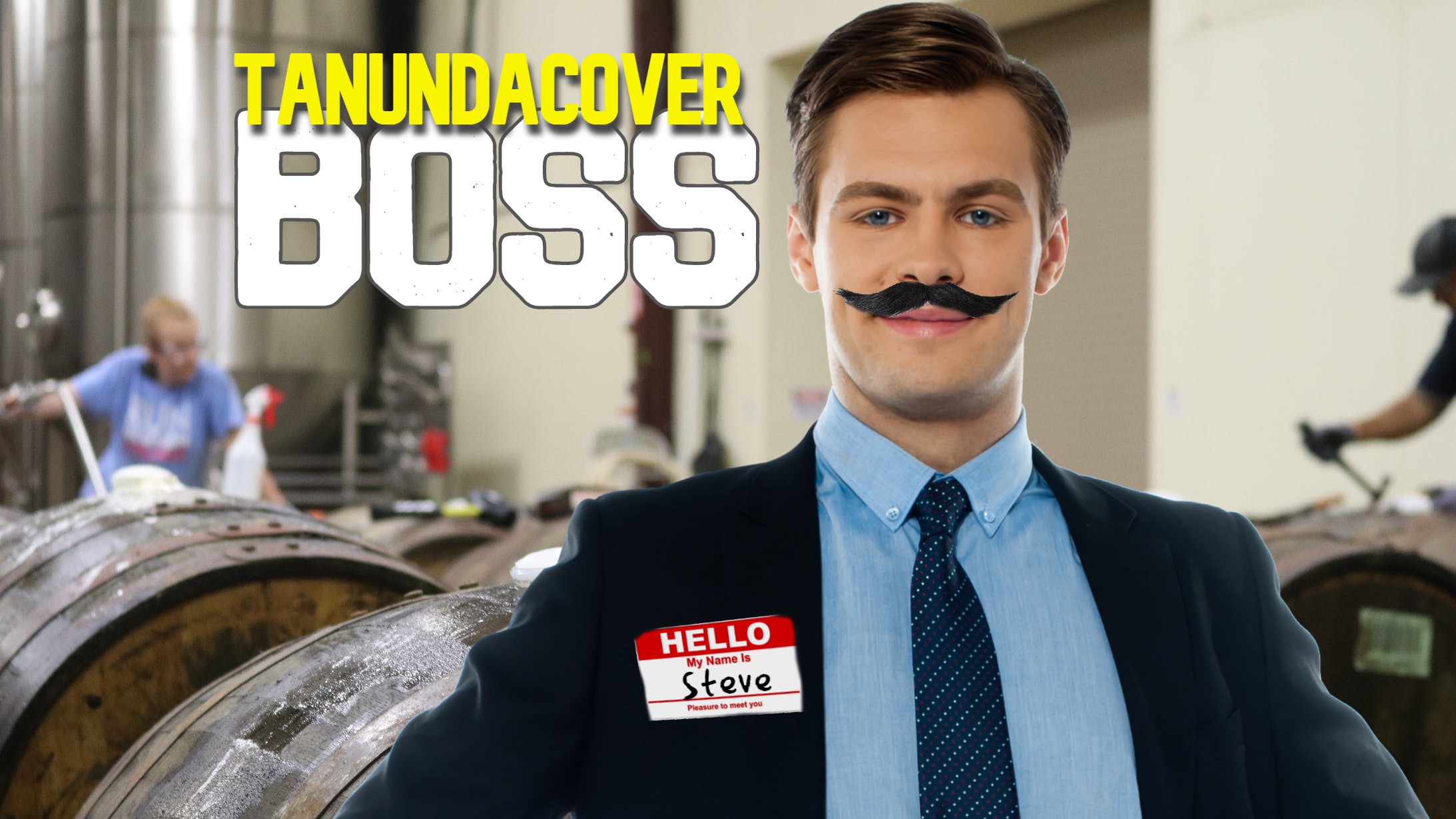 As more commercial television content continues to be produced locally, there is one new series that certainly begs the question why.

Shot in the Barossa Valley, this new reality series sees local winery bosses put on budget disguises and spend time with their workers.

These undercover bosses get a feel for what it is like for their workers at the ground level. Undertaking menial tasks, learning the ins-and-outs of their own small business, and frequently dodging questions from co-workers such as ‘Has anyone seen Peter around today?’, ‘Peter, is that you?’, and ‘Your moustache has fallen off again, Peter’.

Adelaide Mail spoke with Tanundacover Boss producers just out of pure curiosity as to why this has been produced aside from the mildly clever pun name. They replied ‘Yeah, that’s pretty much the only reason actually. We didn’t really think about how to adapt the Undercover Boss format from large Fortune 500 companies to boutique South Australian wineries. To be honest it doesn’t really work as everyone knows who the Tanundacover Boss is instantly. But people will watch anything these days. I mean, have you seen Gogglebox? Far out, hey?’

The production company has already drafted another new reality TV show set in SA, “Murray’d at First Sight”, where a tour bus will take people to see the river for the first time and that’s pretty much it.

Tanundacover Boss premiers on Channel 44 at 7:30pm on Thursdays if the wind is blowing in the right direction for transmission.

Note: Thanks to Nick for this headline idea. We told him it was stupid, but used it anyway. He hosts a Simpsons podcast which isn’t as terrible as this story, “Pods in the Key of Springfield”.