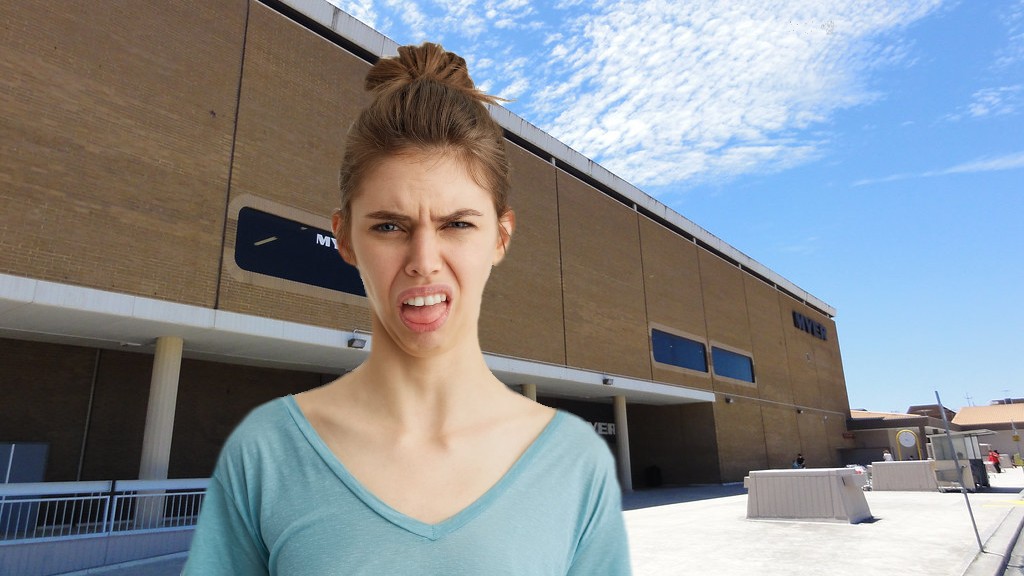 “WhY iS tHe rEtAiL sEcToR fAiLiNg?”: It is a little known fact that the north-eastern shopping centre was initially named “That Terrible Place” before trying to hide this bizarre choice by rebranding as “Tea Tree Plaza” once established. However, in recent years, it seems that there is certainly no hiding “That Terrible Place” is still apt as ever.

First of all, the place literally stinks like raw sewerage a lot of the time. Now, we’re not sure if this is the fault of centre management, Tea Tree Gully’s ongoing septic problems, or simply the odor that arises once you put a whole bunch of Modbury residents together, but man does That Terrible Place stink to high heaven. Let’s just say shoppers aren’t wearing those masks because of the COVID risk, it seems to be the only way to survive a quick trip to K-Mart and 42nd Street Cafe at this point.

Secondly, not only does it literally stink, it figuratively stinks also. Look, it’s always been known that if you’re looking for a high-end shopping experience in the north-east, Pelican Plaza has always been the glitzy place to go, but in the late 1990’s and early 2000’s TTP was a suitable second option if needed. But recently, it seems that angry derros and obnoxious teenagers outnumber the ineffective centre security by far.

It seems the centre’s slogan “Your one stop for shopping and fun” could officially be replaced with “What Are You Farken’ Lookin’ At?!” to better reflect the current feel of TTP. Adelaide Mail is led to believe that TTP’s INTERSPORT has never actually sold a Champion hoodie or cap, despite the retailer having to restock its shelves with these items every week.

Rather than fixing the smell or hiring security, it appears management feels that investing in parking inspectors to fine shoppers after they’ve had to endure all the sights and smells of the complex is the best way to maintain patronage.

And whilst we’re on parking, what has clearly been a genius move by TTP is extending the centre, not replacing the parking spaces lost, and then giving a quarter of prime parking spaces to a car wash business. This move is not only ridiculous for the reason that it results in fewer parking spaces, but everyone knows that if you leave your car parked anywhere at TTP long enough, you will have it cleaned for free from teenagers sitting on it.

Also, why the hell is some of the place carpeted? This isn’t that nice part of grandma’s house where you can’t take in any food or drinks, thousands of people are going to be walking, drinking and probably spitting on that carpet, so it seems like an incredibly odd and unhygienic choice for a major shopping centre.

We do admit, the recent alfresco extension of TTP has been done very well, and is particularly enticing if you enjoy paying double the price for the same meal you can get directly across the road.

Yes, it is truly a mystery as to why Australian’s aren’t spending as much at the shops anymore.