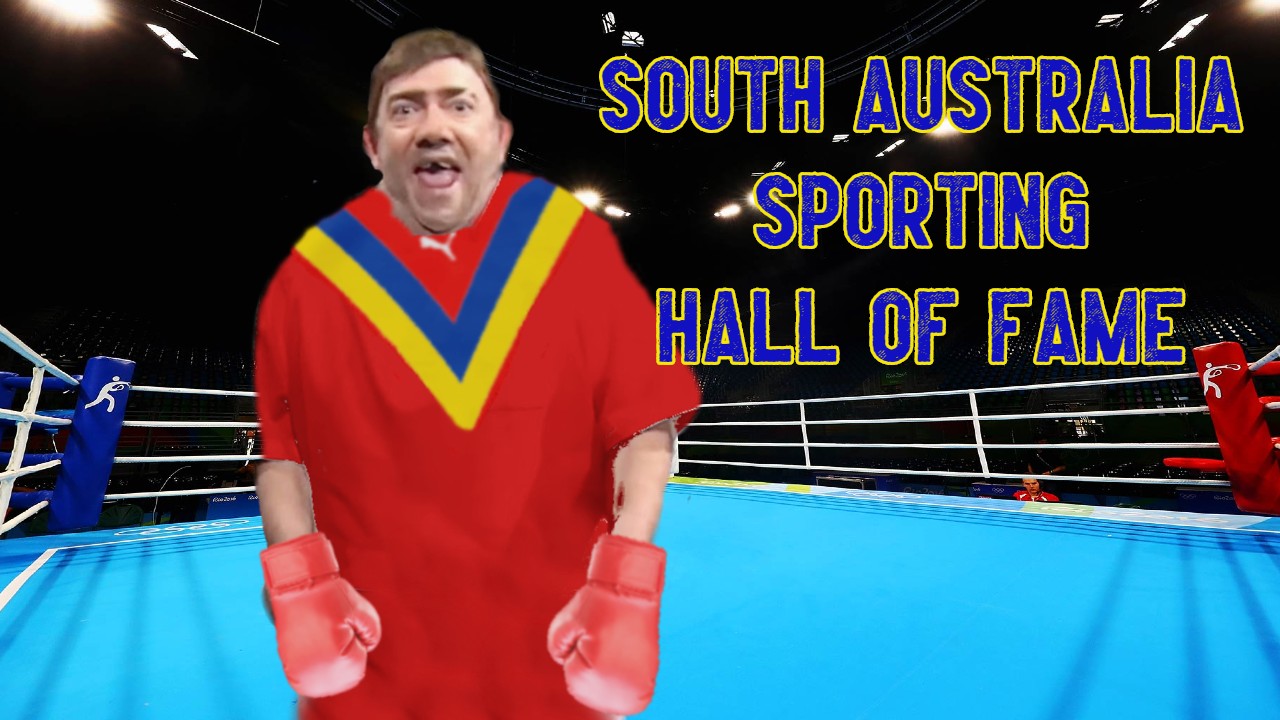 With a career consisting of 48 knockouts, including the two he inflicted on his opponents, punch drunk Kerrigan has inspired thousands of young South Australians not to take up boxing upon witnessing the debilitating effects it can have.

Question was raised as to whether “The Brownish Bomber” Kerrigan is indeed a South Australian, as very little is known about his upbringing, however for the sake of this article making sense, his close “trainer” Shaun Micallef is from Adelaide, so that should suffice for all you nerds that actually read beyond the headline.

Along with a strong career in boxing, Kerrigan was also a South Australian ambassador in other sports including table tennis, ballet, and ten pin bowling:

Upon receiving the award, Milo gave an acceptance speech where we think he either thanked the South Australian sporting community for their support, or was giving a synopsis of “Citizen Kane”:

Milo Kerrigan on his award

After sport, Milo enjoyed an illustrious career in the media, much alike many other vacuous South Australian ex-athletes (you know the one’s we’re talking about).

Editor’s note: Apologies to anyone born after 1990 for this article, ask your parents. To make up for it, we’ll post an article to do with Tik Tok or Kombucha or Discord as soon as we figure out what the hell those things are.