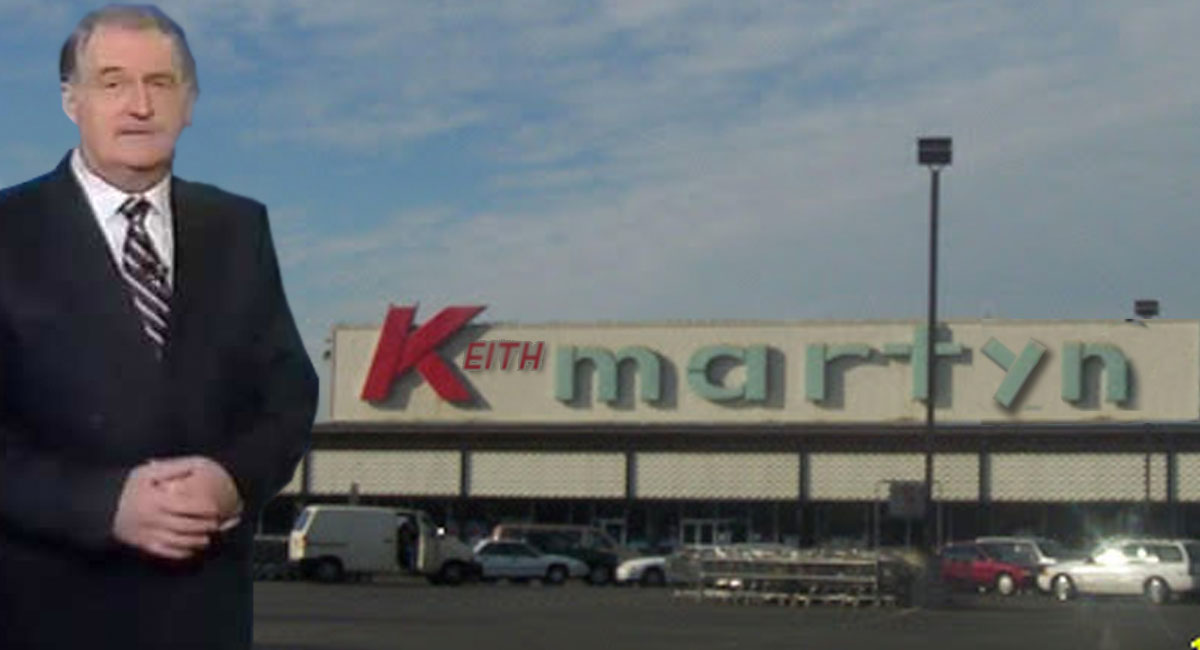 We’re sure that older readers of Adelaide Mail remember this. In fact, if you do you are probably already rolling your eyes, saying: ‘Jesus Christ, we know! We remember this thing already, so save your breath, Adelaide Mail, this is no news to us you big bloody turkey!’

To which we say: ‘It’s not all about you, hypothetical reader. You know you’ve got some nerve to think that you’re the only reader of this thing. We have about a dozen other readers, and some of them might be younger and more ignorant than you!’

Impressive readership figures or not, and they’re not, younger readers would be absolutely titty-smacked to learn that the popular discount department store, which we love* wasn’t always called Kmart.

In fact, it hasn’t always even been a discount department store! Fuck me!

And what did they sell? You guessed it, nothing but Keith Martyn Almanacs from wall-to-wall.

In fact, so bafflingly-popular were the annual fishing, gardening and other, different types of fishing calendars that Keith Martyn’s stores began popping up all over the state.

On one November day in 1985, Keith himself was set to appear at the Port Adelaide Keith Martyn’s store upon release of the next year’s almanac. However, because of the sheer volume of people lining the streets around the Port for a glimpse of the moustachioed weatherman and the crush of gardeners and fish-ers at the store meant that his appearance had to be cancelled in the interest of public safety.

The cancellation led to several days of riots around the Port, which locals say made them feel safer, if only briefly.

As the world changed, the idea of a store that only sold calendars masquerading as Christmas presents for Grandpa became more and more stupid. The store would eventually trial the sale of two other products: A push lawnmower endorsed by Martyn’s sparring partner Jeff Sunderland and the disgusting AC Cola, which was sold for about 50 cents too much out the front of each store.

Those two products were the beginning of the end for Keithy’s and his almanac emporium. The store eventually changed its name to the snappier Kmart, and stopped selling the almanacs altogether in favour of $10 homewares designed to make suburban homeowners feel as if they have a personality.

But we secretly still call it Keithy’s behind its back.

* At least, we’re told we love Kmart by 7 of the 165 Daily Mail stories uploaded in the past ten minutes outlining the latest product that Aussie mums “can’t get enough of right now”.