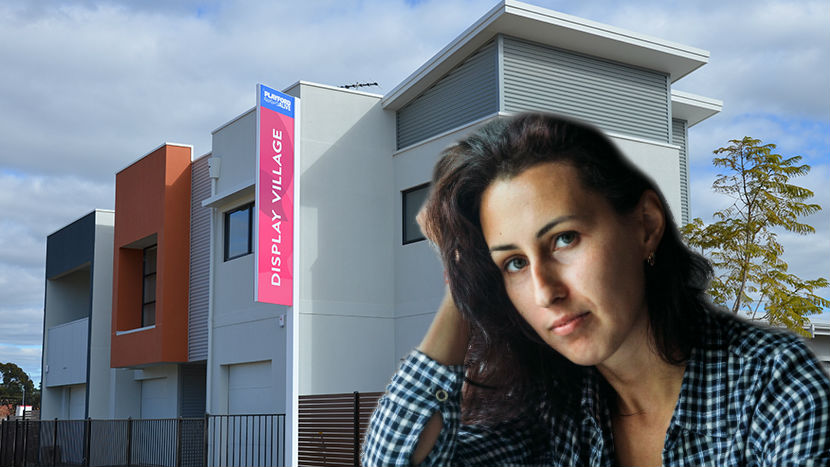 Finally deciding to bite the bullet of home ownership, Mel Ashton, 29, of Smithfield, felt she could not go past the $209,000 house and land package with Playford Alive.

‘I felt it was a great place to get a foot in the door, and it literally was. A week after moving in, someone mistook my house for a drug dealers and kicked in my front door’ Mel stated.

‘I knew the surrounding suburbs had some issues, but thought I’d be safe in my easily distinguishable higher socio-economic pocket of the area with easy access to main roads and unlit reserves. Who would have thought that it would become such a target?’

However, Mel has no plans on moving ‘As a young first home owner, I don’t have much to my name, but according to my self-valued contents insurance, the first robbery should be able to furnish the whole house and upgrade the alarm system…You won’t print that bit, right?’