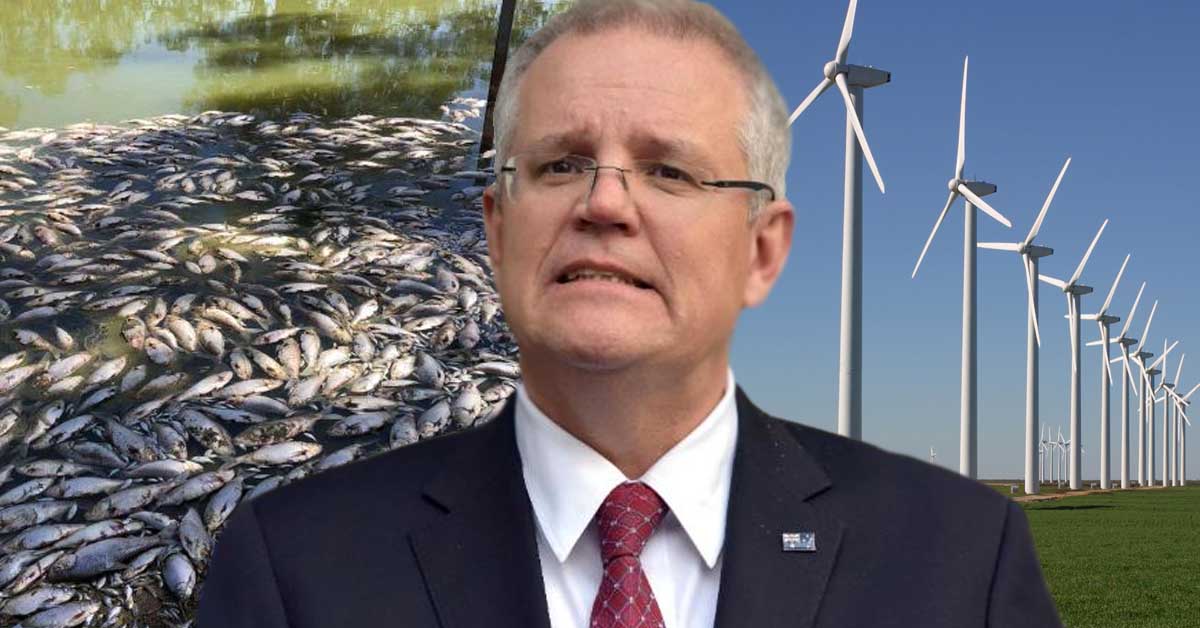 In a doorstop interview this morning, the PM suggested that a mass of fish deaths in Menindee, NSW — some 130 kilometres east of the SA border —  had been caused, at least in part, by wind turbines in SA.

‘We have received advice that the fish may have been blown out of their homes by some unusual wind gusts, possibly from wind turbines’, Morrison told reporters.

When pressed about who had provided the advice, Morrison pointed to an expert climate change panel consisting of himself, former National Party leader Barnaby Joyce, business leaders and a rag-tag bunch of fictional cartoon supervillains from the ‘90s television show Captain Planet.

‘One thing we know for sure is that we’ve never seen a coal power station contribute to the death of a fish. Can we say the same thing about wind turbines? I think the jury’s still out on that one’, Morrison continued.