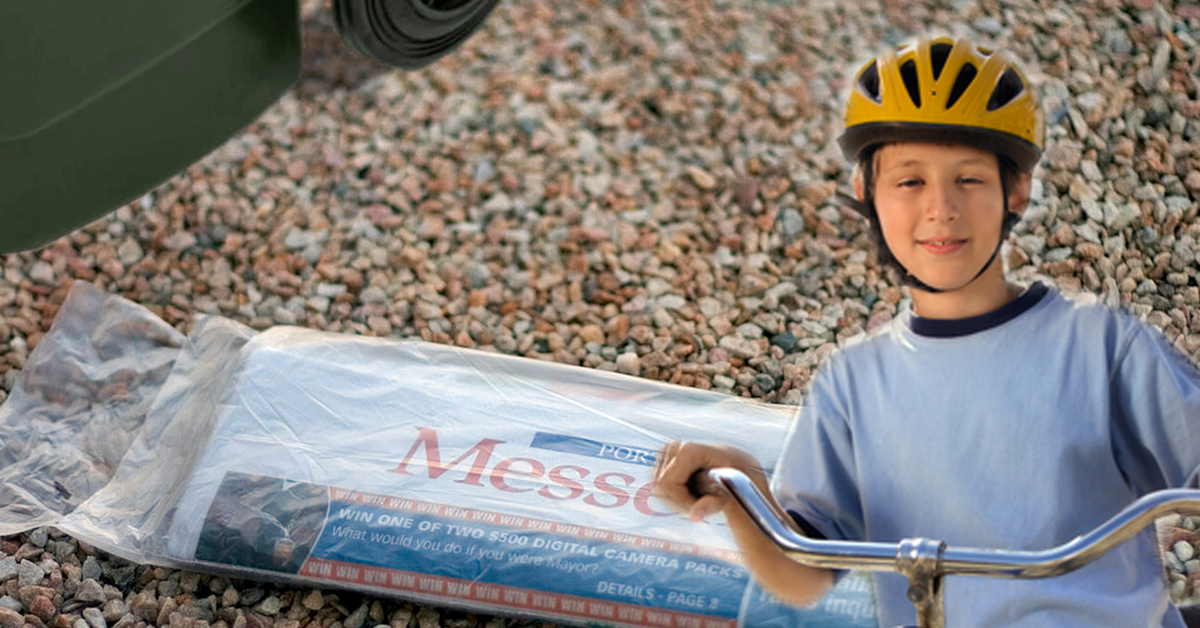 Loading up the milkcrate strapped to the front of his BMX each Wednesday after school, Jackson DeGoris prepares for his weekly paper-route, but with a conscience.

‘Most people don’t read this stuff. I know it, you know it, everyone knows it. Does anyone really care about the latest community grant the Rotary Club has received or what some primary school kid did to get a merit award from council?’ Jackson put bluntly ‘but hey, if they’re paying me to ride my bike, I can at least do my bit to make life easier for everyone.’

Over the past six months, Jackson has developed a very good aim to ensure the Messenger lands right next to, and sometimes even on top, of residents’ recycling bins.

Residents have been extremely supportive of the kind act. ‘Yep, brilliant idea’ Sharon Coulter states ‘I don’t read it, not sure who does really, but he’s making my life easier. Nothing worse than running over a wet one on the driveway and having it stuck there for weeks.’

When contacted for comment as to why the Messenger continues to be delivered to each household a spokesperson replied ‘look, a few dozen old people will go absolutely apeshit if they don’t get it straight to their door. And I don’t want to have to deal with that noise. So as soon as they’re all…you know, we’ll just go online’.