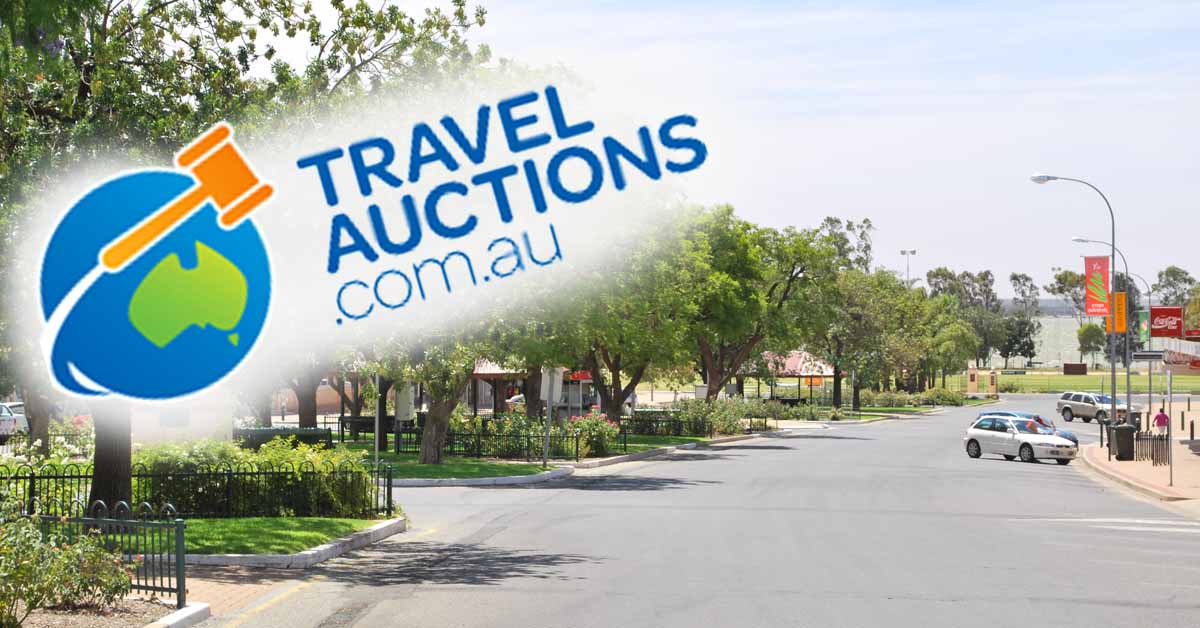 ‘Who wants to go on a holiday, holiday, holiday?’ You can hear the eternally-repeating echoes of John Dean’s famous voiceover growing louder as you drive through the outskirts of Barmera.

The broadcast being piped through the Riverland town’s emergency warning system is played on a constant three second loop, at full volume, in tribute to local economy’s savior – TV Travel Auctions.

Two decades ago, the town was on the brink of collapse. Businesses were closing, unemployment was at record highs and the Riverland Field Days carried only two exhibits: a face painting table run by the town’s unemployed former bank manager and a cooking show demonstrating how to turn Mallee Scrub into a borderline-edible stew.

However, Barmera’s downward economic spiral was halted by an influx of tourists benefiting from viewers of afternoon television becoming swept up with the excitement of bidding at auction.

Barold Wrist is one regular bidder on the TV auctions, he first put on a bid of $26 for four nights accommodation at the Barmera Caravan Park for a laugh while watching Burgo’s Catch Phrase.

‘Those ads would come on every day, always with a trip to Barmera’, says Wrist. ‘Day after day they would make a big deal about these trips to Barmera. My wife, Wendy, dialled the number and handed me the phone. When I told them my bid, the girl on the other end laughed at me. She told me to halve it then we’d have a deal’.

Wrist’s love for Barmera and bidding on accommodation only grew over time, so much so that he and Wendy are now permanent residents of the Riverland town.

‘We don’t have a permanent home here, per se, but we don’t need to. We just put in a new bid every day. Wendy and I are booked into Lake Bonney Discovery Park right through until 2032’.