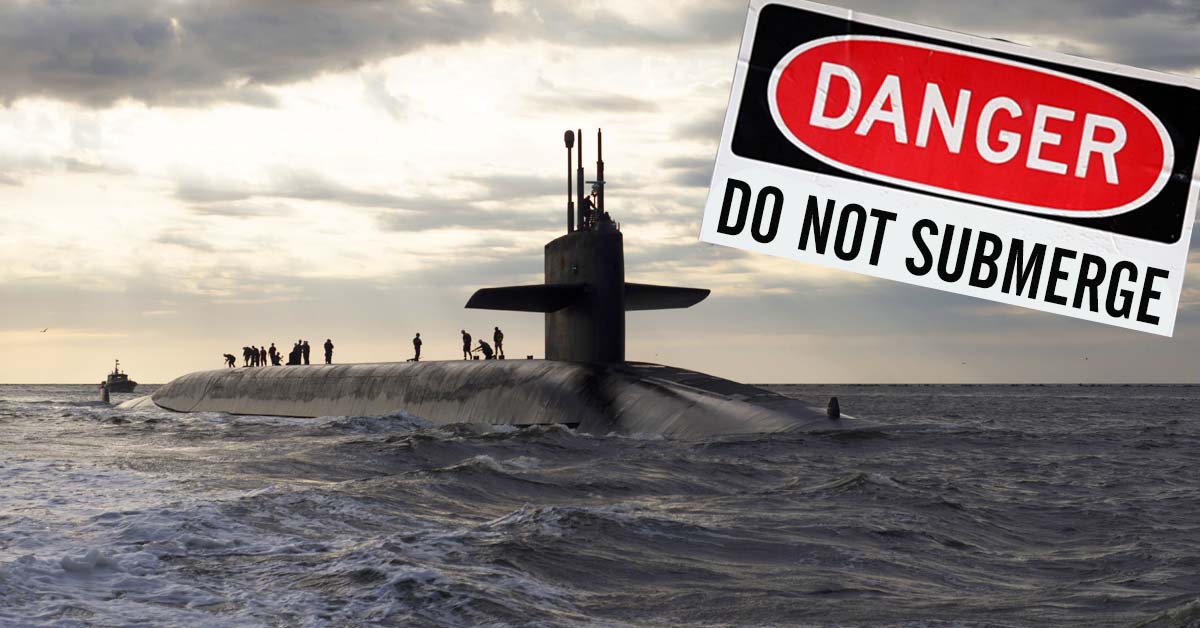 With Western Australia circling Adelaide’s lucrative Collins Class Submarine maintenance contract, SA’s western counterparts have been told to ‘Back off, at least until you can convince us that you’re capable of stuffing up a submarine to the scale that we are’.

With an operating status that flicks between ‘partially submergible’ and ‘somehow currently both underwater AND on fire’, the ongoing maintenance of the subs contributes to over sixty per cent of the 2017-18 South Australian gross state product.*

The size of the contract has got Western Australia licking its lips.

Its proverbial lips, not their actual lips. Organising an entire state’s population to simultaneously lick their lips would be a logistical nightmare and rather pointless. Not to mention the sound, which would be gross.

Furthermore, the collective time spent by 2.6 million people halting work to actually lick their lips in unison (albeit briefly) is projected to cause a total productivity loss of over one billion dollars. Ironically, an amount far greater than Western Australia’s economy would stand to gain by winning the sub maintenance contracts.

The only way to circumvent the greater productivity loss would be to somehow integrate the lip-licking into the process of submarine maintenance.

Perhaps by replacing the submarines’ antiquated diesel engines with turbines powered entirely by the sound of people licking their lips in anticipation could the state counter the negative economic effects. Although scientists have labelled the idea as ‘dumb’ and ‘impossible’.

The Western Australian government would be better served employing all those people to do jobs actually required in submarine maintenance. Dividing up all the required roles between the population. For example, a job formerly performed by a handful of diesel mechanics could instead be performed by hundreds of thousands of Western Australians. Everyone from accountants to pastry chefs banding together to try and work out where to put the oil in a submarine’s diesel engine. Massively lowering productivity and leading to engines running with no oil whatsoever. A collaborative, defence contract utopia.

Of course, with an entire state’s population now working in some capacity at the submarine maintenance facility, essential services like ambulance driving or Big W door greeter would need to be outsourced interstate. It was a bad idea from the start.

*SA gross state product is on track for a record financial year, with the state now set to have enough equity for either a second investment property or a one-third share in a fast food franchise.