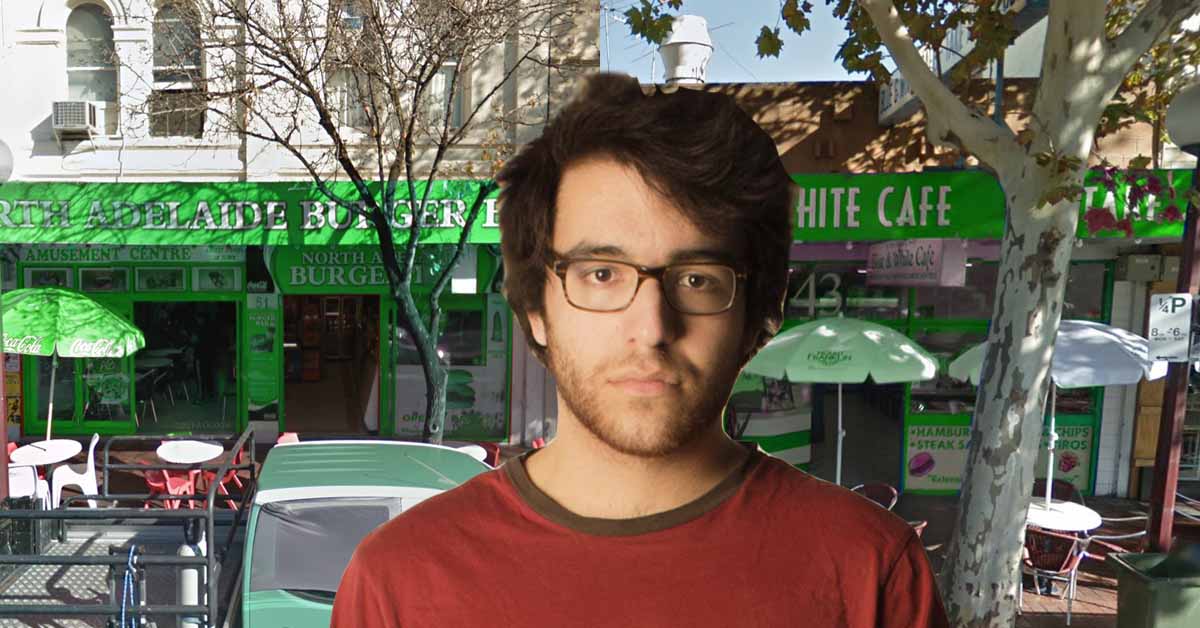 A colour blind University of Adelaide arts student has found himself in an overly heated argument about the relative virtues of two rival North Adelaide chip shops.

Viktor Dichromat has been a long-time customer of one of O’Connell Street’s two otherwise indistinguishable colour-themed cafes. We’re not sure which one he likes, however, his passionate defence of his choice between the two does come across as borderline manic.

‘Green and white is the shit’, says Dichromat, in between asking his girlfriend to confirm the colour of the jumper he’s chosen to wear for the day.

‘They literally invented the AB, those idiots who go to that other Green and White Cafe down the road have no taste. Green and white is where it’s at’.

Having grown incensed at the idea that nobody was willing to argue with him about the better of the two chip shops, Dichromat then started successive arguments over why everybody refers to those ‘white’ traffic lights as ‘green’ and how this ‘orange’ fruit that people talk about does not actually exist.