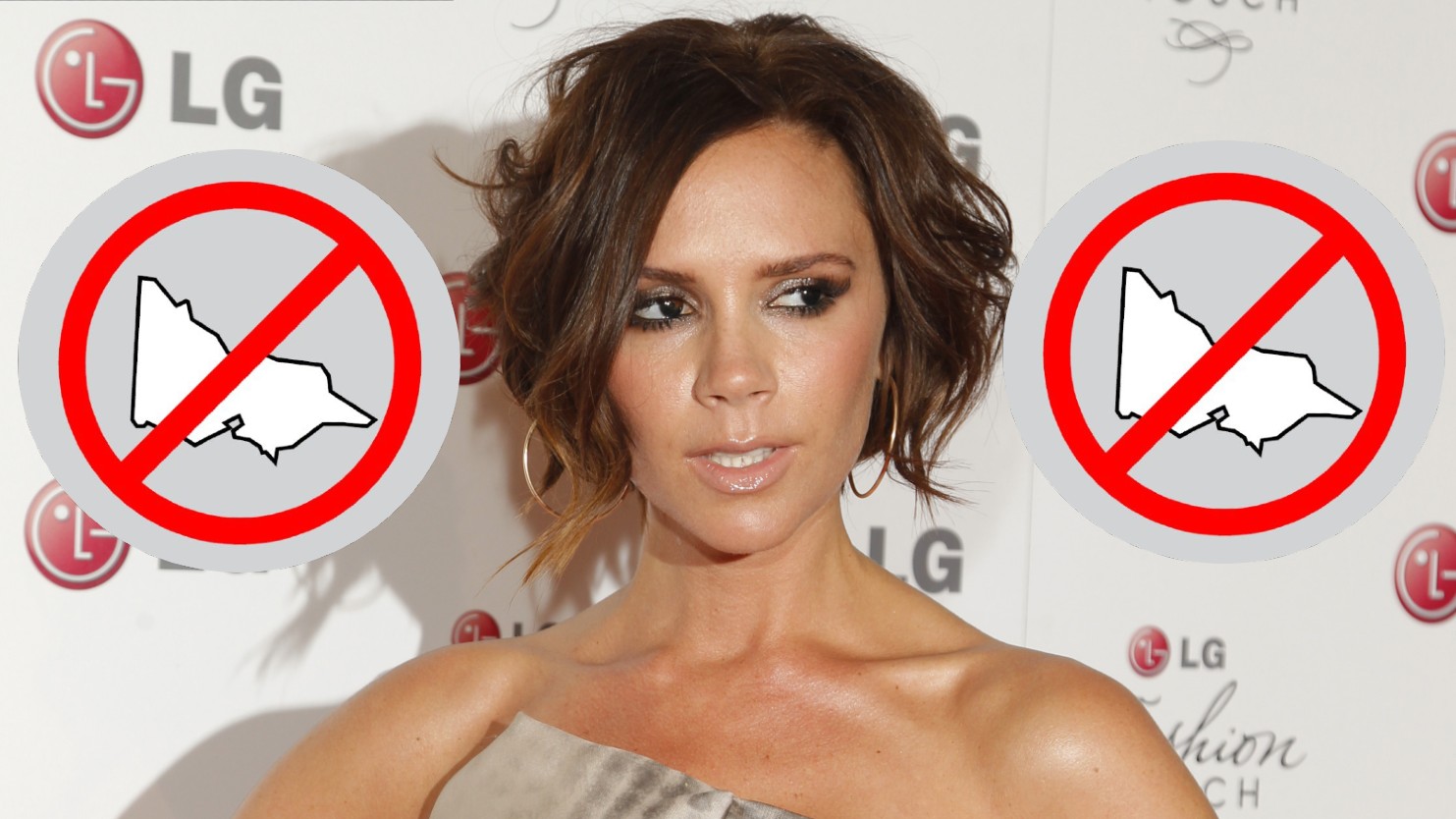 In another win for South Australia over the Vics, former Spice Girl, Victoria Beckham, better known as Posh Spice (or is it the other way around?) has changed her name to Adelaide Beckham. The former pop singer and now fashion designer has made this brave and wise decision as she rightly doesn’t want to be associated with Australia’s coronavirus capital in any way.

Speaking to her via Zoom with probably a thousand Chinese hackers watching she explained why she changed her name and that it just wasn’t about herself, but it was also a wellness decision for her whole family.

‘Yeah you know, like I wanted to keep that touch of class and stuff, so like changed it to anuver queen, but one that wouldn’t give me and the kids the covid’ said Beckham.

It’s not widely known but neither Victoria Beckham* or Posh Spice was her birth name, it was in fact Sharlene Crudplop as Beckham explained, ‘Like it’s funny you know, when I got into the Spice Girls, I didn’t just get my Spice name but I got paid by a sponsor to change my real name because the record company said Sharlene Crudplop wasn’t sexy or somefing, so it was changed to Victoria Bitter Adams. I’m not sure who they are, but they gave me some of their stuff and it smelt pretty rank, so I fink it was some kind of industrial cleaner’.

Beckham added ‘When we toured Oz, we heard lots of people say they hated VB, so it must mean somefing pretty bad, and there’s no way AB could mean anyfing bad in Adelaide’.

*Yeah we know it’s her married name, stop thinking you’re clever spotting an error. None of our readers are clever, and neither are our writers.