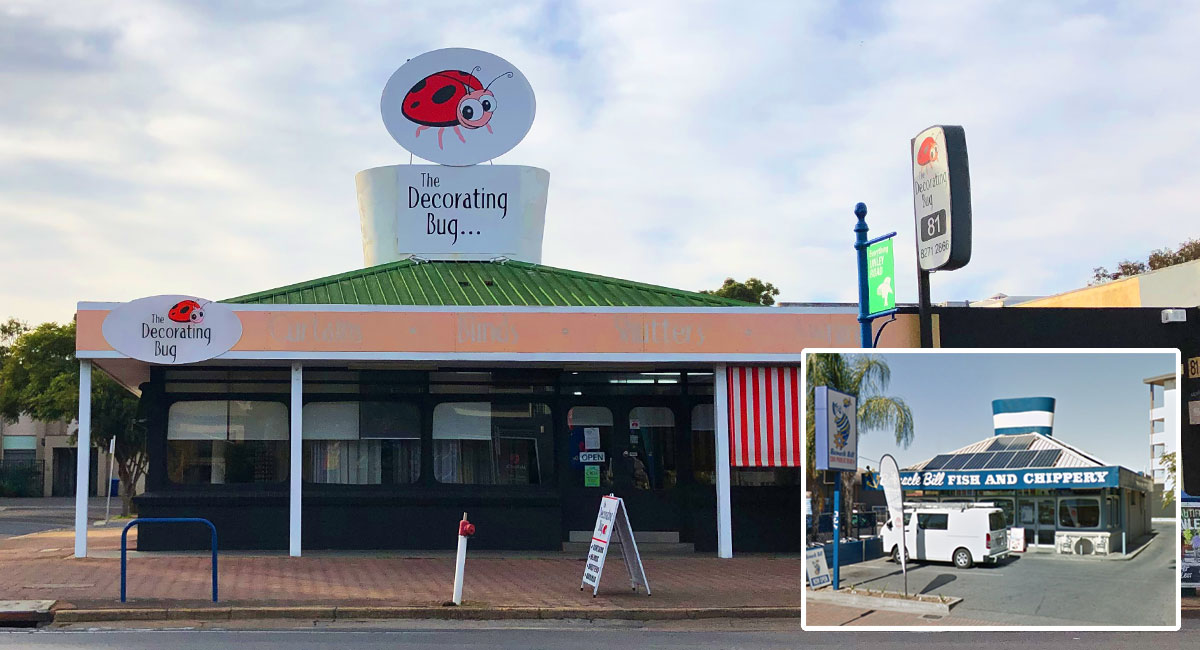 Editor’s note: The most knowledgeable person on all things South Australian (that we know about, at least) Dave Walsh has pointed out that the building in question was never a Barnacle Bill. Ironically, it was once a Fish & Chip shop called ‘Barney’s’, a direct ripoff of Barnacle Bill. Please read the following with that in mind.

A Parkside business selling curtains and blinds has failed to convince any passer-by that their building was not once the site of a Barnacle Bill takeaway restaurant, having only undertaken cursory alterations to distinctly seafood-themed building.

While the Unley Road building has not been occupied by a Barnacle Bill restaurant for more than 15 years, it still retains all of the traditional hallmarks of the popular seafood chain, including a tugboat-style chimney, porthole windows and a full-sized barnacle-encrusted anchor that is simply too heavy to move.

‘The anchor hasn’t been great for business, to be honest’, says business owner Jurleen Veneciana. ‘the whole place stinks from all the barnacles, so people walk in looking for blinds and then leave straight away because they’re overwhelmed by the stench. I probably shouldn’t keep them alive, but I just feel bad for the little guys. I’m used to the stink, to be honest. I mean, I don’t see any friends or family anymore because of it, but I find it comforting now’.

But an overwhelming stench and giant anchor aren’t the last of Veneciana’s problems, the fact that her business still looks just like a seafood restaurant from the outside means that the majority of foot traffic wander in looking for dinner.

‘When we first moved in the deep fryer was still turned on and had some calamari rings frying away in it.  They must have been in there for a few years at least, because the place hadn’t been occupied for a long time. I did try one and to be honest, not that different to what you’d usually expect’.

‘Anyway, instead of getting rid of the fryer we thought “why not capitalise on all these hungry potential customers?” That’s why we’re offering the 2 for 1 Plantation Shutter/Treasure Chest deal. So you can shut out the outside world’s judgment as you stuff your face with 35 prawns and half a kilo of chips’.