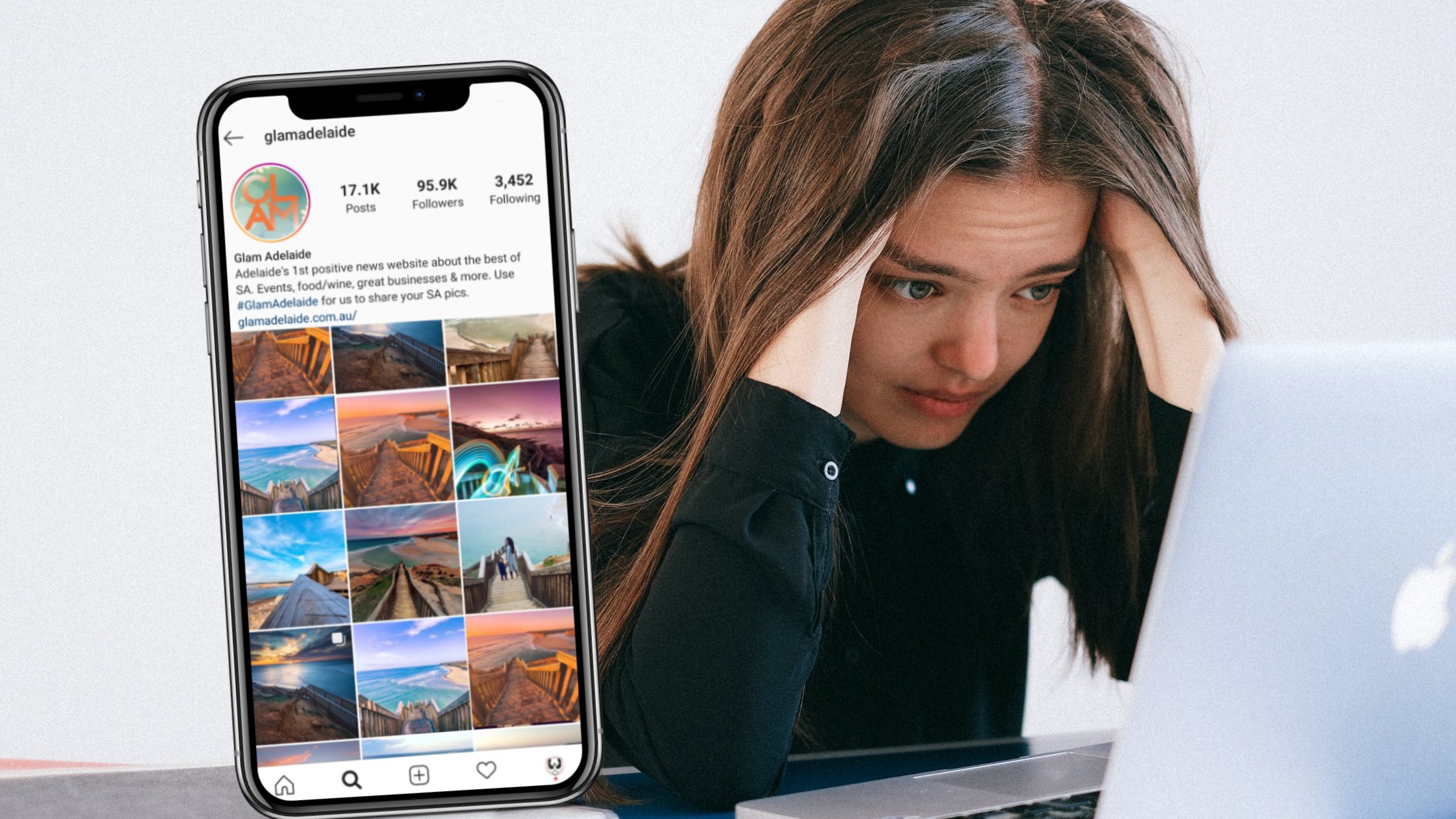 A social media intern at South Australia’s home of lifestyle news and filtered drone photos, Glam Adelaide, has been let go from her position due to a lack of content recreation.

Recent digital media graduate, Essie Oh, stated that she had been let go from her position as she had failed to meet the strict Southport Beach steps at Port Noarlunga KPI enforced by the company.

Essie stated ‘It came as a bit of a shock, but I had been focusing a lot of my energy on exceeding the reposting oversaturated shots of Second Valley KPI. I had looked at so much unrealistically vivid bright blue water that my retina became scorched. Everything I looked at was bright blue. I felt like I was living in an Eiffel 65 music video, so I took a day off to see the orthodontist’.

Essie continued ‘He said everything seemed fine. Didn’t fix my eyes though, just made me lay down in a chair and shone more light into them. Really weird. I think he made it worse, but I was really revved up to get back to work on the Glam Adelaide instagram’.

Oh, she was blinded by the light and revved up like a deuce (ask your parents) to get back to work. However with almost a complete lack of vision, thinking it was a photo was the Southport steps, Essie accidentally reposted a picture of the Mawson Lakes interchange stairwell, which admittedly once you apply a few filters, can look quite nice.

This led to an instant dismissal from Glam Adelaide and only 20,000 likes of the post.

Things only got worse for Essie Oh, she found casual employment with AdeLady not long afterwards, and was once again quickly dismissed for accidentally posting unsponsored content.

Things then became dire for Essie, with extremely limited employment options available, she had to take a job with Adelaide Mail. Essie now spends her work week searching The Onion for headline ideas we can steal and managing our Myspace page, purely so we can illegally claim the JobKeeper allowance.