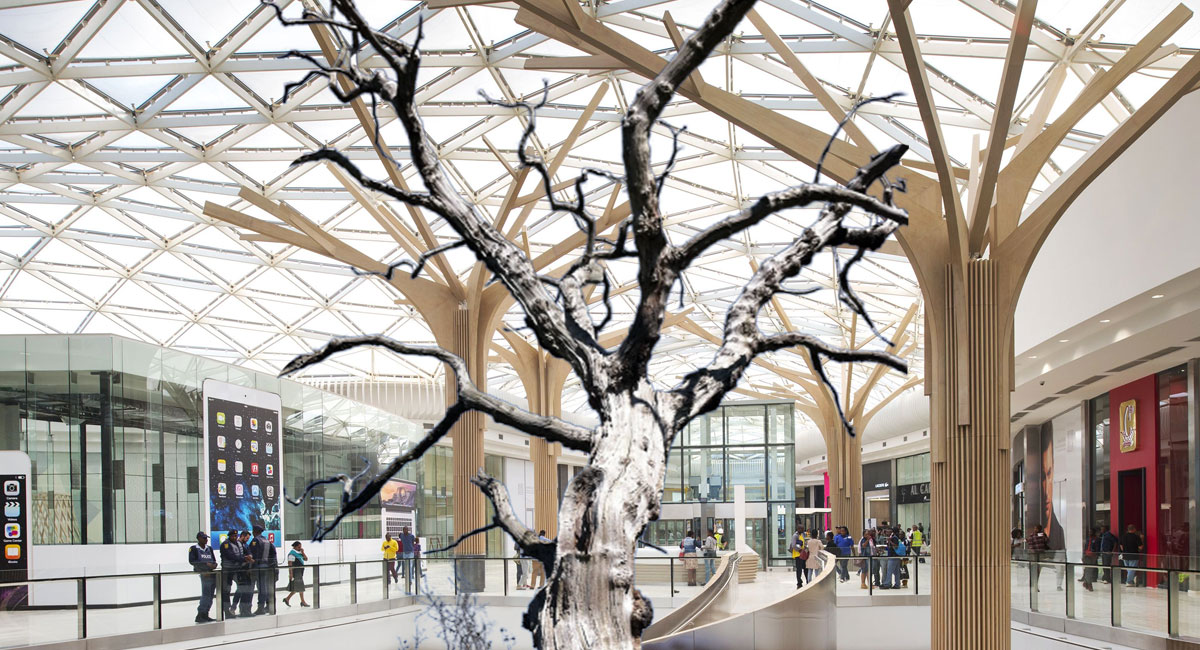 With demolition works underway for the latest expansion to Burnside Village, the shopping centre’s owners have revealed their latest idea to integrate both heritage and native Australian flora into the redeveloped site.

A living 300-year-old gum tree will be dug out of its native home in the Blue Mountains in New South Wales, strapped to a flatbed truck and replanted as a centrepiece to the shopping centre’s redevelopment.

‘This is going to look incredible’, says Burnside Village’s Head of Native Vegetation Gordon Betamax. ‘You’ll walk into the shopping centre and just say “whoa!” And this time, that won’t just be the noise you make as you’re dodging falling branches from a dying gum tree…we hope’.

‘This time, we have a team of horticulturalists working around the clock to make sure that this tree lives here for another 300 years. They’ve given us some strict rules about how to keep this tree going. For example, this new one will actually be watered every so often! Had no idea that a gum tree would need watering’.

‘See this is why I can never keep my succulents alive at home. There’s all these weird rules you have to adhere to. You have to water it, apparently. Plants should be in soil, but not completely buried in soil. I don’t know how you’re supposed to just know this stuff’.

Luckily, if the centuries-old eucalypt ends up going the way of its predecessor, the centre’s management do have some backup options to take its place.

‘If the unthinkable happens and the gum tree doesn’t work out, we do have a few other ideas for inside the new mall. We have been in talks with Sea World in Florida about the possibility of bringing in a Killer Whale to suspend from the roof in the atrium. We’d have to buy a few more ocky straps and hose him down once in a while. Stil, it’dl be a better life than the whale would have at Sea World’.