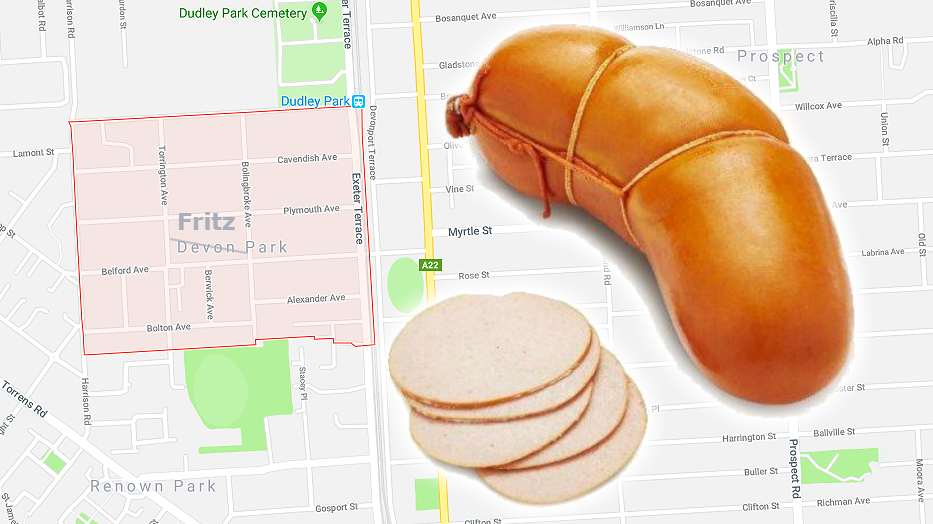 In an act of South Australian patriotism, a successful campaign by residents has led to the inner north suburb of Devon Park to be renamed Fritz Park.

The resident leading the movement, Gerald Bung, is overjoyed at the news ‘this will be great for the community’, exclaimed Gerald ‘for decades I’ve had to put up with people not being able to find my house because they don’t know what Devon is. When I have interstate guests they seem to find me fine, but anyone local seems to just drive around aimlessly for hours, I’m still on the phone giving directions to a sparky who’s been trying to get here since June!’.

Gerald continued ‘I haven’t got any packages from Australia Post, can’t get a pizza delivered, even my GPS tries to take me to Davoren Park, which to be honest with you, isn’t quite the same’.

Whilst the suburb of Fritz Park is now beaming with South Aussie pride, the Adelaide Hills suburb of Woodforde continues to campaign to be named after a local lemonade brand.