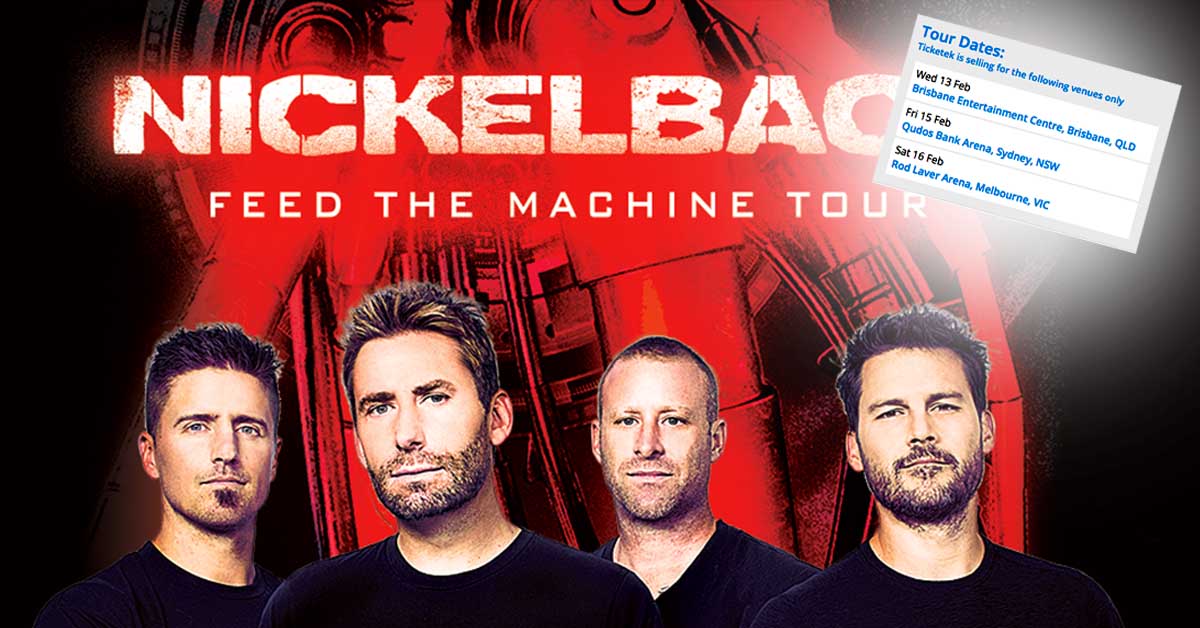 Dozens of international bands tour Australia each year, with many of them bypassing South Australia’s capital in favour of its bigger interstate counterparts.

Typically, these sans-Adelaide tour announcements would result in hundreds of angry fans taking to social media to question their favourite artist about why the festival state must always miss out. That has not been the case for Nickelback, the much-maligned Canadian rock band currently touring Australia’s eastern states.

In fact, the only social media commentary coming from Adelaide about the tour seems to be searching for reassurance that the Canadian rockers won’t be visiting South Australia at all.

‘Just checking, there’s no chance that you’ll come to Adelaide at all, is there? I really don’t want this to be some sort of trick where you make a surprise concert announcement at the last minute’, wrote one punter.

‘Are you serious? Missing Adelaide, definitely? I thought we used up all of our good luck when James Blunt skipped Adelaide last year’, writes another music fan.

There is one fan who wasn’t cheering so loudly, however. President of the Nickelback Likers Club Edward Kavalas agreed to an interview with Adelaide Mail on the proviso that we guarantee his anonymity. Unfortunately, we just publicly outed him and now he’s walking out of our office.