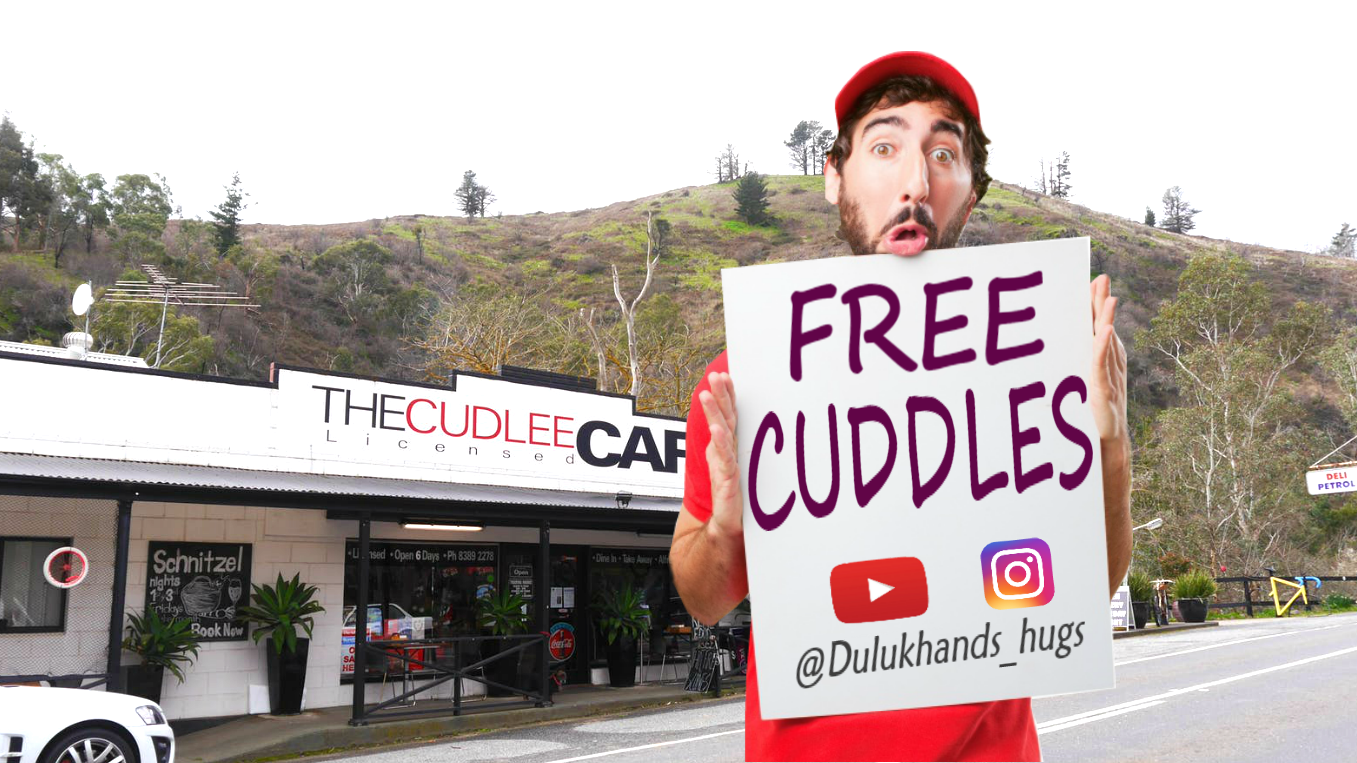 CUDDLY CREEP: At a time where most South Australians are selflessly coming together to support those affected by bushfires, one guy is attempting to do all he can to boost morale, whilst also fulfilling his desire of getting to touch and smell women.

Nathaniel Dulukhands, a local vlogger that is somehow even cringier than Adelaide’s own Adrian Gee, feels he could bring some joy to the Adelaide Hills region whilst also growing his YouTube following, and if he gets to hold a few women for just a little bit too long while he’s at it he’s stated that’s just an “added bonus”.

Simply copying the viral sensation of 2004, Nathaniel’s previous experiences with his copied “Free Hugs” campaign in Rundle Mall, Glenelg Beach and directly outside the Wilderness School gates have unfortunately resulted in very few hugs and some cautions from SAPOL.

However, he feels that his new slight adaptation of the concept, combined with the element of tragedy, is sure to make him a YouTube superstar. Nathaniel Dulukhands invited Adelaide Mail along to Cudlee Creek to watch him in action and also hold the camera.

‘See, I’ve changed the sign from “Free Hugs” to “Free Cuddles” because it’s Cudlee Creek, get it?’ Nathaniel asked us. Whilst we admit it is mildly clever, especially for someone with the intellect of a YouTuber, we did not particularly fancy his chances in a relatively low foot-traffic area.

‘Now, you go behind those bushes and hold the camera. I got to find some honeys that want some touching’.

After several hours with no luck from Nathaniel, we decided to give up and come back later in the day. Returning just before dusk, a defeated looking Nathaniel told us ‘Look, I haven’t got any hugs yet, but I’m just happy to be out here doing my bit in raising awareness. Some locals don’t see it the same way though, they’ve been all like “No thanks” or “stay away from my daughters”’.

“But think of all the awareness I’m raising!”

However, Nathaniel was still happy to give his fair share to bushfire relief, ‘I’ve made $2.65 from coins I’ve found in the Cudlee Creek Tavern car-park. So after I take out my appearance fee, editing costs, backing music royalties and petrol costs, turns out the recovery effort owes me around $900, which is a good investment, think of all the awareness it will raise amongst my 27 YouTube subscribers. Plus, you guys will now like and subscribe, won’t you?’