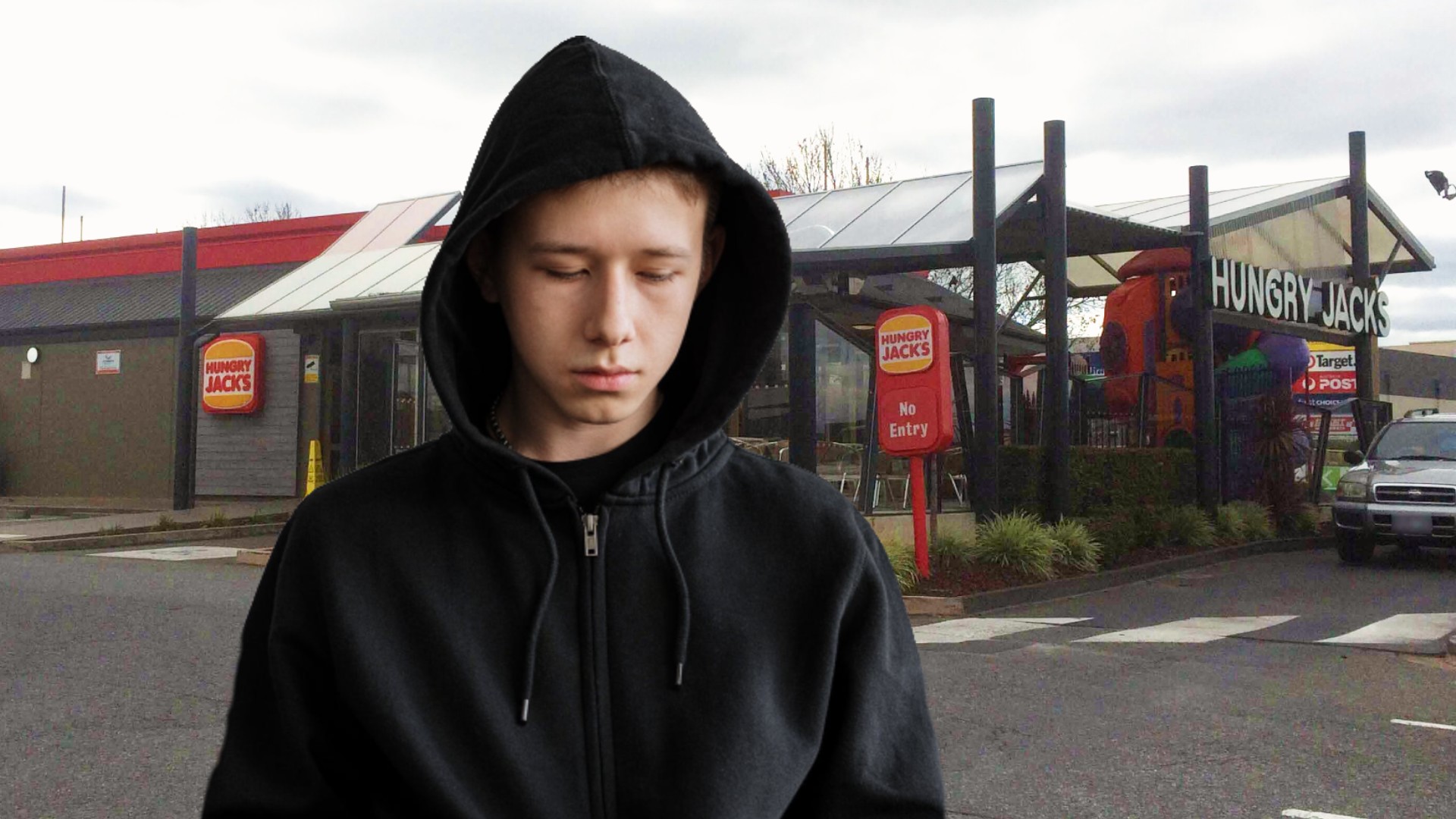 The day after a man has been arrested for doing a burnout at a southern suburbs Hungry Jack’s, another similar incident has occured in Adelaide’s north-east.

The Golden Grove Hungry Jack’s, partly due to being located in a region where Commodores outnumber motorists, is synonymous with sick burnouts. However, it was late yesterday afternoon where a young man was caught not partaking in the road rules applied in the restaurant’s immediate surroundings.

The P-Plater, 17 year old Will Spin of Greenwith, was fined after he was caught exiting the Drive Thru in an orderly manner.

‘It appears the young male in question is some sort of soft-cock’, stated an on-scene traffic officer ‘A P-Plater not undertaking at least a minor screechie is an offence in this area. Even if they have a front wheel drive vehicle it is expected that they put two of those serving trays underneath their back wheels and do a bit of drifting. Kids these days have no respect for the traditions of the neighbourhood or community. Seriously, what a gug’.

The driver was fined $420 and ordered to undertake 69 hours in north-east community service program, which involves distributing litter and applying graffiti in various public places in the Tea Tree Gully council area.

Disclaimer: The above article is a joke, much alike our website. Please always drive safe and never on the O-Bahn tracks. Also, sorry for two north-east Hungry Jack’s articles in a row.