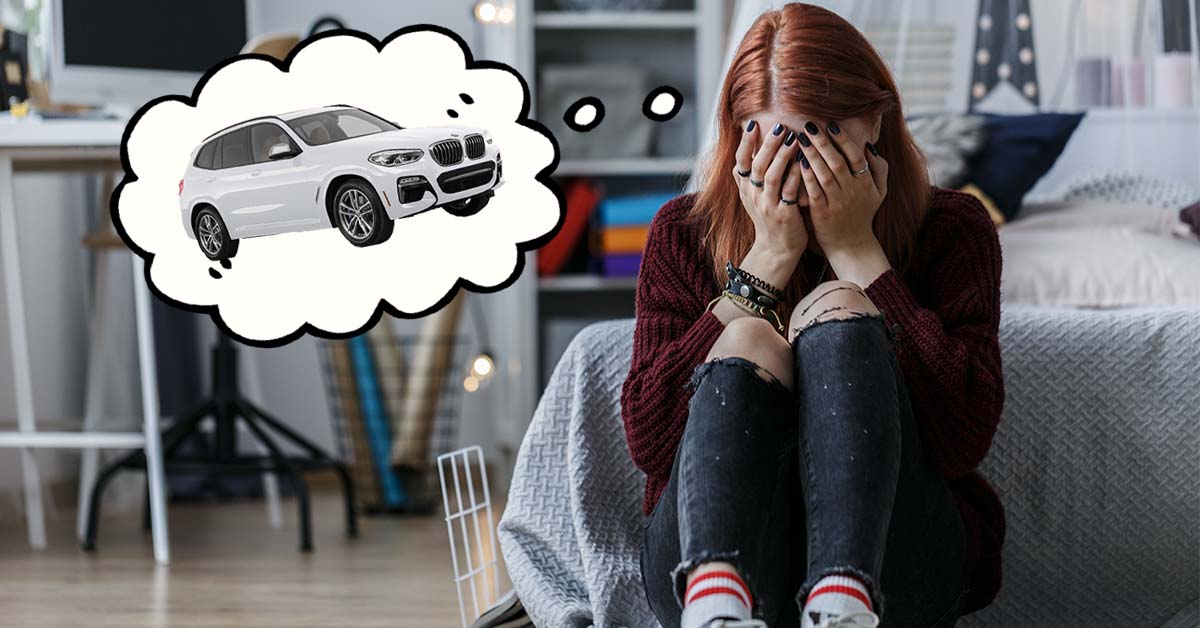 A 16-year-old Burnside girl has resorted to reporting her father to the Department for Child Protection after he refused to buy her a new BMW SUV to learn how to drive.

Abigail Klinger had, at first, raised the topic of the X3 with her father in jest to gauge his reaction. However, the notion had sent Maxwell Klinger into a three-hour long fit of laughter, only breaking to slot in jokes at Abigail’s expense.

The laughing fit culminated in Maxwell suggesting that he had already bought his daughter her first car and that it was a 2003 yellow Chrysler PT Cruiser with factory option flame decals on one side and simulated wooden panelling on the other.

Although Abigail had no idea what her dad was talking about, the idea of driving a car from the year she was born sent her straight to child protection services to report what she considered a cut and dry case of child abuse.

Meanwhile, never one to back down from a joke that nobody understood, Maxwell set out on buying the car that he described to his daughter. However, he soon found that although Chrysler did actually manufacture PT Cruisers with flame decals and others with simulated wood panelling, neither versions were ever imported into the Australian market. Meaning Klinger would have to import the car from the US himself at great expense.

The father was also informed that Chrysler never produced a car with flame decals on one side and wood panelling on the reverse. An economic decision that struck Klinger as a missed opportunity that explained America’s downfall as a car manufacturing nation.

In keeping with his commitment to the joke, he requested a quote for a custom-made model of the car to be built. However, with production of the PT Cruiser having now ceased for almost a decade, Chrysler’s manufacturing plants were no longer capable of producing such a vehicle. Flame decals or no flame decals.

Deciding that he had already come this far, Maxwell agreed to fund the construction of a new PT Cruiser production plant in Flint, Michigan at a total cost of $300 million US dollars. Considerably more than the $17,000 + on road costs that he had hoped to stump up for his daughter’s first car.

Abigail’s case is being considered.