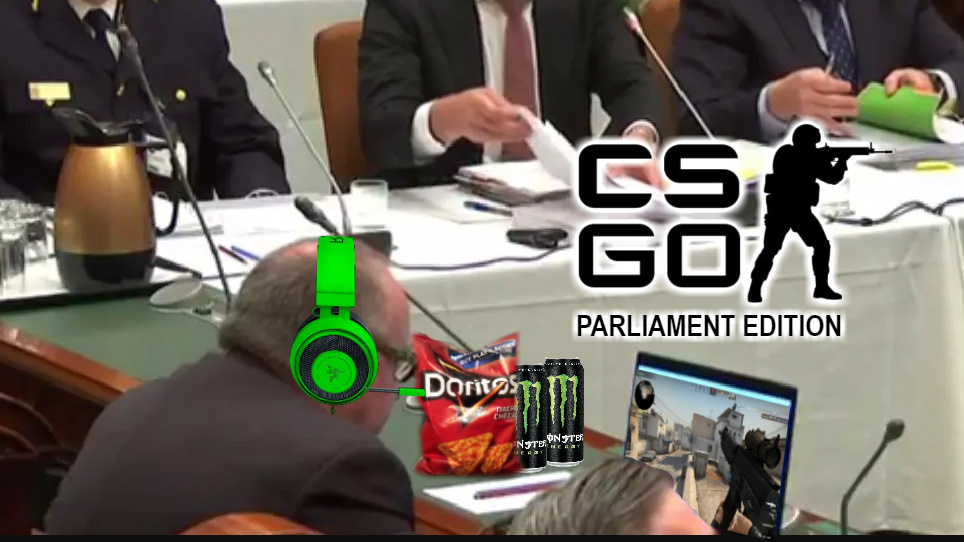 But when more surprising is that Jon, who goes by screen-name XxGee_UnitxX in the game, is actually pretty damn good.

During yesterday’s meeting he pulled out his array of salty snacks and energy drinks as his Steam library booted up. He then discreetly slipped on his fluro Razer headset as he launched into his first round as parliament was discussing something that was probably pretty boring.

Reportedly MP Gee was heard by backbenchers muttering ‘whatever, I bet you’re only 12 years old or something’ along with suggestions about other players’ mothers.

Largely due to Jon’s sniping efforts his team won the battle, putting XxGee_UnitxX and his team further up the Worldranking charts.

John Gee is now looking for a spot in Foreign Affairs to Russia after becoming fluent due to his ongoing communication with other CS:GO players.