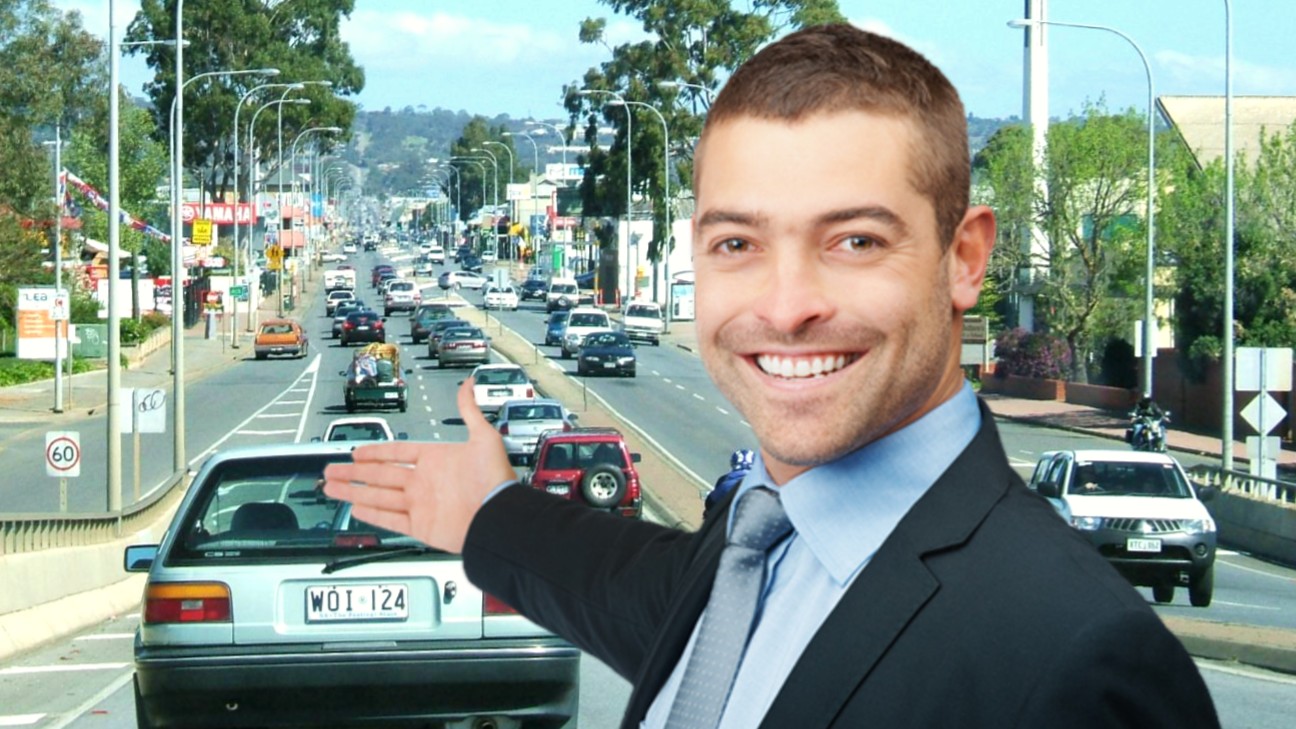 LIFE HACK: There’s an old saying that goes “Don’t hate the player, hate the game and also hate South Road if you live in Adelaide, South Australia”, and that saying certainly sums up the situation of former laboratory assistant assistant Al Dinger.

Growing tired of his work commute from Seaview Heights Park to Clovelly Vale (Adelaide Mail staff have never actually travelled south of the city, but these seem like the names of suburbs they would have down there) Al explored many options to help shave off some time spent in the car each day.

‘Initially I just avoided South Road altogether’, Al stated ‘but I kept getting lost in the backstreets of St. Bedford Gardens’.

After trying many other options to avoid the nightmare of any mode of transport that isn’t the O-Bahn, Al came up with the perfect solution.

‘I just quit my job altogether. It’s great. I don’t know why more people don’t do this. I got so much spare time on my hands now, sometimes I’ll just walk to South Road and laugh at the traffic for an hour or six’.

Despite losing his home and the majority of his possessions, Al still maintains that it beats sitting in traffic around North Melrose Downs every day.