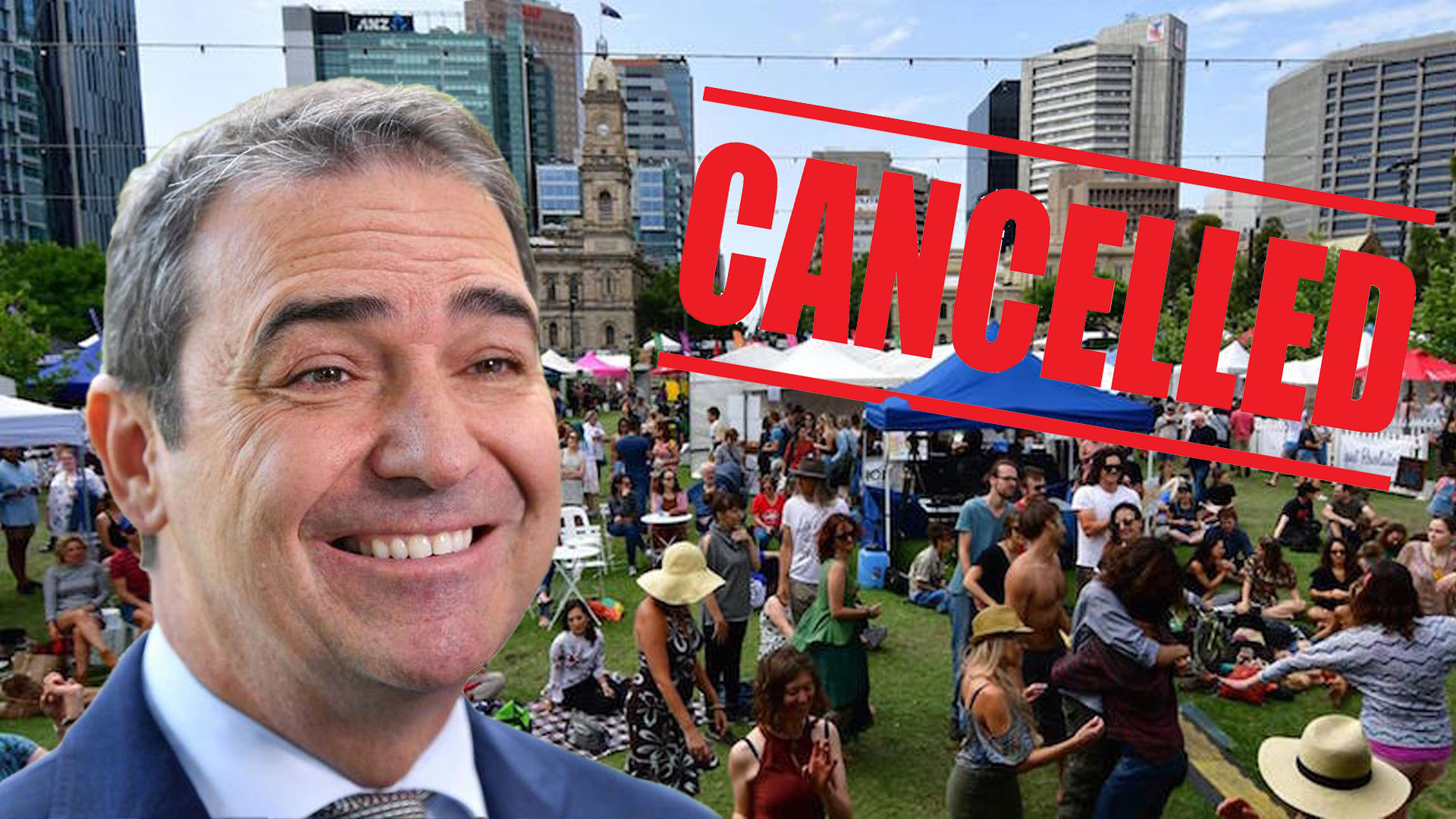 In-keeping with the (now surely understood to be ironic) title of Australia’s Best Events State, South Australia has added, and then quickly deleted a new event to the state’s thriving social calendar.

The brand new Everything Is Cancelled festival was announced and then swiftly cancelled by Premier Steven Marshall today on the vacant former site of Le Cornu’s North Adelaide store.

‘We want to reward South Australians for their hard work in fighting this virus,’ the Premier told reporters.

‘So that’s why today I’m excited and also saddened to announce the launch and also the cancellation of the very first and definitely last Everything Is Cancelled Festival. The festival is just further proof of South Australia’s standing as the nation’s best event state.’

Some of the event program’s highlights include:

Before he could reveal any more of the proposed program, the Premier revealed that the festival had been cancelled. Forever.

‘The fact of the matter is that since the festival was announced, the costs have ballooned, and the interest has dropped and continues to drop. We would have loved to have held this event but the numbers simply don’t stack up and I’m not sure why you brought it up to be honest.’

The Premier then asked if the gathered throng of reporters had any questions, but before answering Mike Smithson’s question about something annoying and unrelated he had thrown down a smoke bomb and disappeared entirely. Then Con Makris told us to move because construction was about to start on that prime North Adelaide land ‘any moment now.’