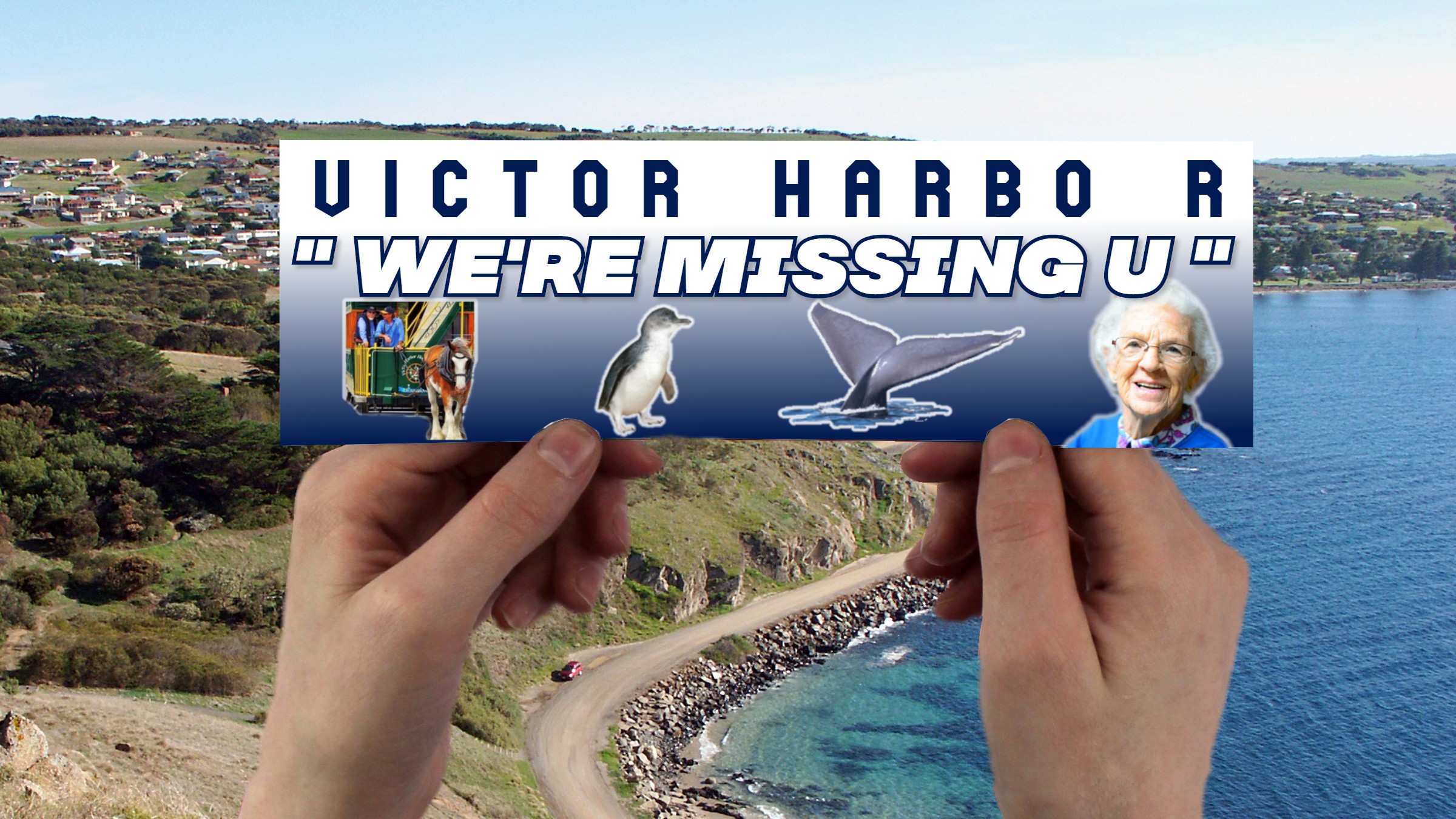 As intrastate travel restrictions ease, South Australia’s premiere tourist destination and retirement village has embarked on a new marketing campaign that is hardly newsworthy, even for us.

“We’re Missing U” is a mildly clever play on word and a refreshing change from the town’s previous “Come Here To Die In Peace” campaign.

Victor Harbor’s chief of tourism and seagull commissioner, Elle Durley, told the Adelaide Mail ‘It’s because there’s no letter u in ‘Harbor’, get it?’. Despite repeatedly telling her that we did in fact get the concept, but needed literally any more information whatsoever so we could pad out this terrible excuse for an article, we still got nothing.

Moving down the ranks for further elaboration, we spoke to the uncreative behind the works, Jerry Atricks, Victor Harbor’s manager of slogans and coins on the SteamRanger tracks. Jerry stated ‘We felt we needed something more to attract tourists to Victor once travel restrictions were lifted. I mean, utilising animals like camels and Clydesdales that aren’t used to this climate to perform repetitive transport tasks isn’t as popular as it used to be for some reason, so this catchy new zinger should have tourists flocking here like the locals do for the 4pm supper special at The Crown’.

Atricks continued ‘I put a few proposals to the selection committee, including “We want U in the Harbor”, “Where U at?”, “Where the bloody hell are, I mean, is U?”.

‘The submission I most wanted to win was a subtle homage to the Northern Territory “C U in the NT” tourism campaign, which I slightly adapted to “C U C*nts in Victor Harbor”. Unfortunately that one didn’t get approved because a very similar slogan is already being used by the Outer Harbor line’.