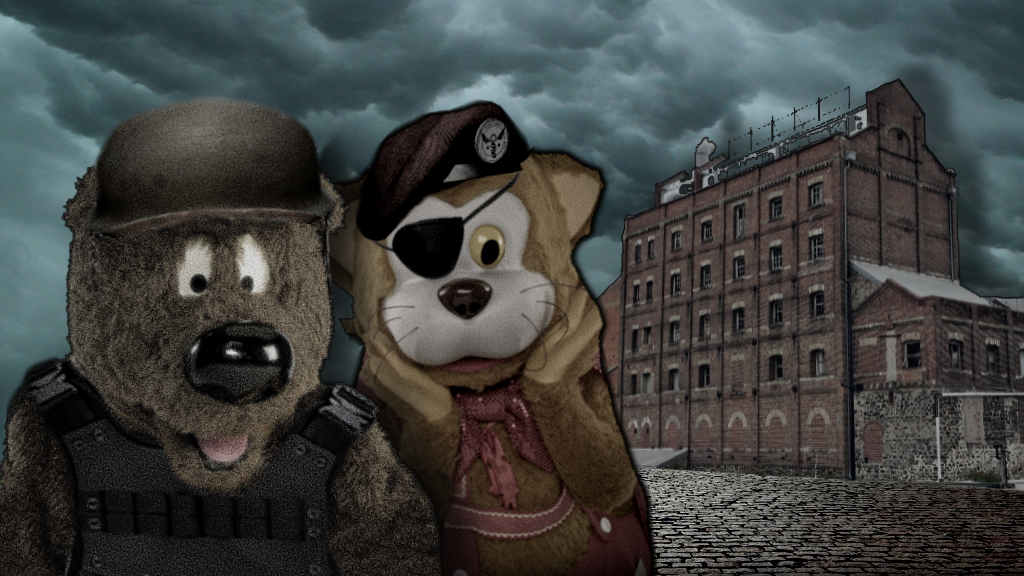 Commemorating the 55th Anniversary of South Australia’s much beloved Humphrey B. Bear, Channel 9 will be launching a dark miniseries starring Humphrey alongside Fat Cat as part of the 2021 lineup on their seventh digital TV channel.

“Humphrey v Fat Cat” is set in a post-apocalyptic world, with the mute bear protagonist returning from a long hibernation to save a kidnapped Patsy Biscoe from Fat Cat and his henchmen.

Humphrey’s signature yellow bow-tie and waistcoat will be replaced by a hi-tech suit of armour, which he utilises in multiple drawn-out battle scenes against the now dictator warlord Fat Cat.

“Never bring a bear to a cat fight”

The production company hopes to recapture the audiences that once loved Humphrey and Fat Cat, by pitting one intellectual-property ripoff against the other. Executive Producer of the miniseries, Di Recktor, stated ‘Exactly. Humphrey is seeking vengeance because Fat Cat is clearly just a direct copy. Just like you guys and the Betoota Advocate’. We chose to conclude the interview there.

Dialogue for the series is minimal, as to be expected, but there is a lot of dark, depressive, post-apocalyptic scenery, which made Port Adelaide the perfect location for production.

Like the vast majority gritty reboots, “Humphrey v Fat Cat” will undoubtedly never live up to the media hype.